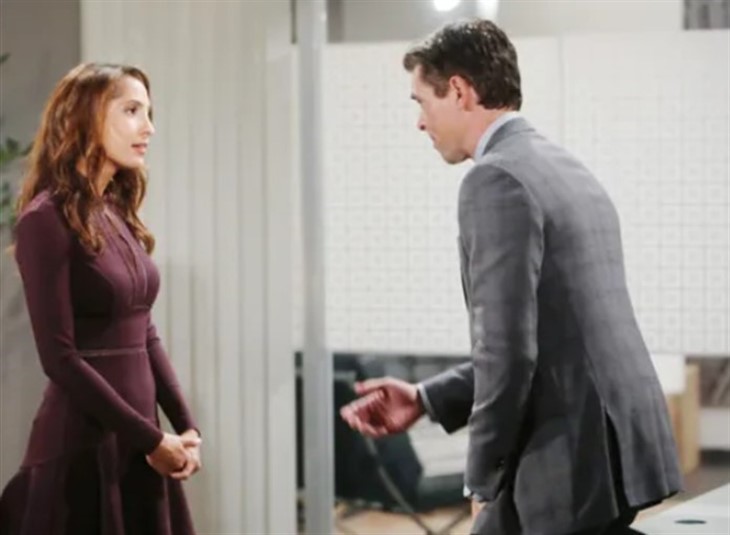 The Young and the Restless spoilers document that Billy Abbott (Jason Thompson) is fighting to remain out of prison. As of now he’s choosing to believe that the real shooter will be found. But the frame job that’s been applied to him looks rather convincing.

Lily Winters (Christel Khalil) initially shrugged off Billy’s implied request to renew their long-ago romance. Then, more recently, his charm succeeded, and she’s become the potential part of a couple that could be tagged BiLily.

Billy has often been responsible for causing trouble in his own life and that of others, especially Victoria Newman’s (Amelia Heinle). But this time he truly appears to be blamed for an incident that wasn’t his fault.

It’s understandable that Paul Williams (Doug Davidson) and Rey Rosales (Jordi Vilasuso) would be suspicious of Billy. He’s often verbally attacking Adam Newman (Mark Grossman), who is believed to have accidentally killed Delia Abbott (Sophie Pollono) in the fall of 2013 when both lead characters were played by other actors (Billy Miller and Michael Muhney respectively). Plus they matched Billy’s gun to the scene.

Y&R Spoilers – Someone Else Fired That Weapon

Unless Billy endured a blackout period, as was true when his personality shifted into a film noir character, he did not try to shoot Adam and accidentally hit Chance Chancellor (Donny Boaz) instead.

Soapy buzz has a number of potential suspects in this regard, with Adam arranging his own hit, or Alyssa Montalvo (Maria DiDomenico) and, or the widow from Las Vegas, Nevada, seeking revenge.

Gloria Fisher Abbott Bardwell (Judith Chapman) was only back in Genoa City, Wisconsin, for a brief period and hid something in the living room at the Chancellor mansion. Chapman’s return to the cast seemed incomplete, with more storyline to follow implied by her rapid departure.

Chelsea Lawson (Melissa Claire Egan) has been offered as the attempted assassin as well.

Lily hasn’t fallen head over heels in love with Billy, but she’s definitely interested. The intensity of Billy’s dilemma will cause Lily to become a fierce defender. That emotion can easily create a lasting bond if the writing staff wants this pair to become a long term couple.

The Young And The Restless Spoilers: Walls Closing In On Billy – More Damaging Evidence Revealedhttps://t.co/xf9ln21T2T

Billy wouldn’t be a safe choice for Lily. But she’s been though so much the past few years that maybe Billy represents a way to cut loose and live a little. As Y&R fans know, many women have been unable to resist his dangerous charm.