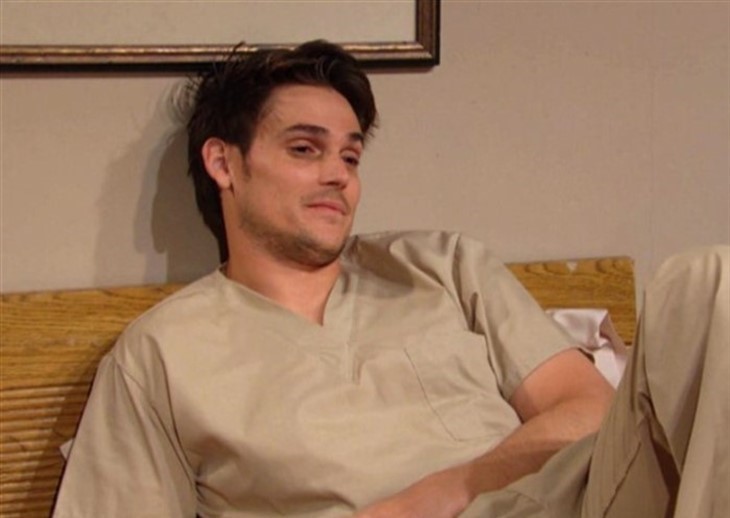 The Young and the Restless spoilers document that Adam Newman’s (Mark Grossman) presence in a mental health facility will become secondary. His concern about Chelsea Lawson’s (Melissa Claire Egan) health concerns will cause the focus of Chadam’s storyline to shift.

To her own detriment, Chelsea was allowing Adam’s world to rule hers. As she knows from many past incidents, dating back many years, being sucked into Adam’s vortex is ever exhausting.

Now, instead of Adam working for his release, so that he and Chelsea can leave Genoa City, Wisconsin, he’ll need to consider the bigger soapy picture.

The Young and The Restless Spoilers: Victoria Plays Dirty With Phyllis, But Phyllis Has The Last Laugh!

Adam refuses to accept that Victor Newman (Eric Braeden) protected him in Kansas. But what happened with A.J. Montalvo (Marcus DeAnda) needed to be immediately addressed and is something that Hope Wilson (Signy Coleman) sought Adam’s father’s assistance with.

Digitally skipping back to modern times, Victor reached out to Sharon Newman (Sharon Case). She was the one person whose opinion Adam values more than even Chelsea’s. While Grossman’s character rejected the joint decision to have him involuntarily committed, he’ll know (stated or not) that Victor did the right thing, again, in retrospect.

Coming days will see Chelsea’s periods of exhaustion and collapse diagnosed. This new information will limit her ability to leave town with Adam, as was Chadam’s plan before he was committed.

Y&R is creating a space in the plot for Chelsea to experience a health situation that requires immediate attention in order to be handed. The timing of Adam’s awareness of it will be key.

If Chelsea’s issue becomes more serious, then Adam’s attention will shift from himself to her in the near future. And, of course, this assumes that Connor Newman (Judah Mackey) and Johnny Abbott (Holden and Ryan Hare) won’t be gaining another sibling in less than nine months.

The Young And The Restless Spoilers – Adam Newman’s Next Move

It wouldn’t be a shock to learn that Adam engineered his own attempted hit and is framing Billy Abbott (Jason Thompson) for it. If true, Adam could be facing jail time in the relatively near future, as a reveal of that type would likely be exposed, or confirmed by Paul Williams (Doug Davidson) and Rey Rosales (Jordi Vilasuso).

However, if someone other than Adam was behind the attempted shooting, where Chance Chancellor (Donny Boaz) was struck, then the threat still exists. So, even as Adam gets better and shifts his focus to Chelsea, danger will still be looming.