The Young and the Restless Spoilers: Victor’s Battle With Adam Rages – Jack Drawn Back To War With Moustache 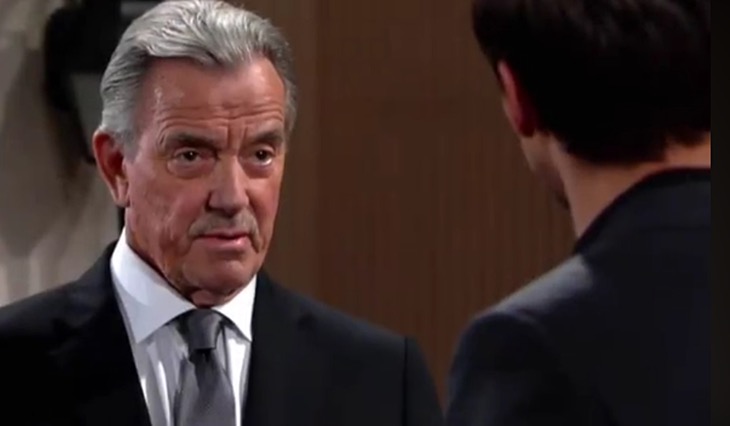 The Young and the Restless spoilers document that Victor Newman’s (≈) latest issue with his contemptible son likely won’t be resolved quickly, or with persistence. After covering Adam Newman’s (Mark Grossman) childhood crime, Victor is now faced with the real prospect that the death that occurred in Kansas will become public knowledge.

Jack Abbott (Peter Bergman) facilitated a surprisingly mild connection with the Moustache in recent months. But a recent discussion they had about Adam at the Ranch could have included storm clouds as part of the setting.

Young And The Restless Spoilers – Epic Skirmishes Live On

Fans are getting to relive, or experience for the first time, if they are newer viewers, the many confrontations that served to build the Victor-Jack war. Classic episodes are highlighting the reasons why personal animus grew through the decades.

The Young and The Restless Spoilers: Hunter King Dishes On Her Acting Start, Her Big Emmy Win & More!

Business, be it Newman Enterprises, Jabot, or the temporarily combined companies, often served as a proxy for the personal contempt Victor and Jack had for each other.

Adam (as then played by Michael Muhney) and Jack once teamed up to frame Victor for murder by creating a forged diary. The plan failed and eventually Adam and Jack weren’t even friends.

However, the men’s common feeling of being victimized by Victor revived each person’s role as the other’s confidant. That status is primed to be revisited as Jack can take Adam’s side regarding A.J. Montalvo’s (no actor’s name known for this role) murder.

Who is Chance Chancellor On The Young and The Restless? #yr #youngandrestless https://t.co/UOGt0YdnJJ

Young And The Restless Spoilers – Neutralizing, But Not Defeating Victor Newman

Jack and Adam have often approached their perceived, common enemy wrongly. They’ve failed to neutralize Victor on many occasions because they sought to defeat him.

The lead character on this show can never be stopped, which Jack and Adam have previously been incapable of conceding that plot point. Possibly, through time and circumstances, they will aim for a more realistic goal now?

Adam refuses to believe that he’s guilty of killing A.J., while also knowing that he did cause a man’s in Las Vegas, Nevada, through claimed self-defense. Jack needs to be informed about both stories so that he can help his friend deal with Victor in a way that doesn’t spark renewed battles.