The Young and the Restless Spoilers: Theo increases Mariah’s Concerns About Tessa 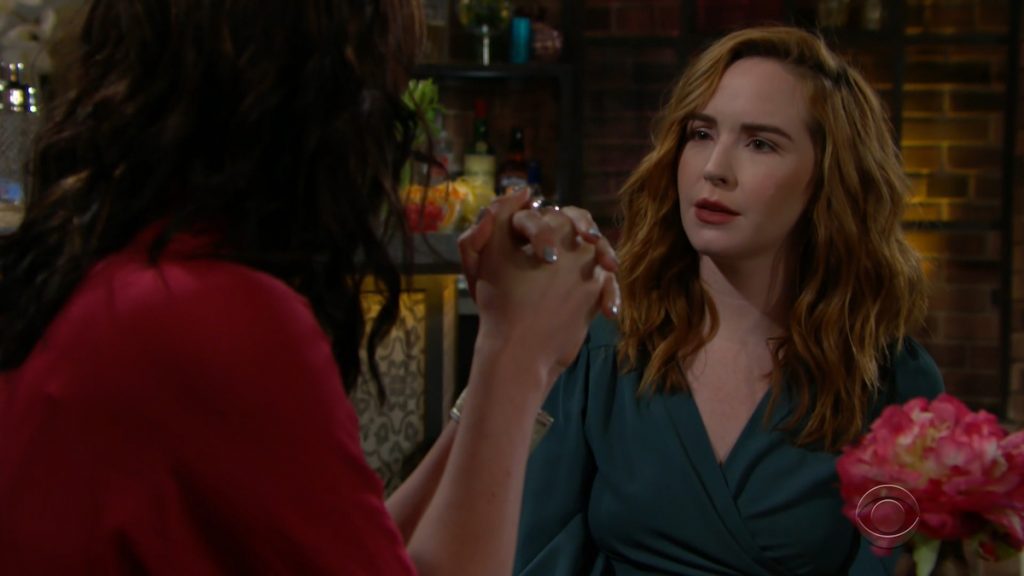 The Young and the Restless (Y&R) spoilers hint at Theo Vanderway (Tyler Johnson) using Mariah Copeland’s (Camryn Grimes) relationship with Tessa Porter (Cait Fairbanks) as a way to get payback or revenge against Mariah. Could it be that Theo is still upset with Mariah since her blames her for him once being fired from his job?

In the episode that aired on the 25th of February, Theo and Mariah have a conversation in regard to her relationship with Tessa as well as Mariah losing her job. As viewers know, Mariah has to be let go by Devon recently and she is now on the hunt for a new job. Of course, Devon Hamilton (Bryton James) and Mariah are close, so he recommended some good jobs for Mariah to apply for.

The Young and the Restless Spoilers: Theo increases Mariah’s Concerns About Tessa

While she is looking at the job, Theo shows up and brings up the idea of her working at Jabot under Summer Newman (Hunter King). He, of course, was being sarcastic because he knew that Mariah and Summer did not get along. He admits that he was showing her the same care that she showed him when he was fired by Devon which was none. However, Mariah reminds him that he was fired for his own actions.

He does recover and tries to get back on her good side or at least that what it seems like until started to mention that she should try to work with Tanner Watts’s (Chase Coleman) people. Then he mentions the social media page as well as the picture of Tanner and Tessa which piques the interest of Mariah. Theo is way to happy to show her and to mentions a secret relationship.

Of course, this just makes Mariah more paranoid about the relationship between Tessa and Tanner. He tries to make his actions look innocent but when Mariah leaves toward the end of the episode, Theo is watching her which leads the audience to believe that there was a malicious intent behind his actions. So, could it be that Theo is trying to get revenge for Mariah’s part in him losing his job or could there be more behind his motives that the viewers just have not seen. Whatever it is it does not seem like Theo has her best interest at heart.

What do you think? Do you Theo was trying to be friends with Mariah or is Theo trying to break up Mariah and Tessa? What do you think would be his motives behind breaking them up? We’ll give you updates as Y&R news comes in. Stick with the CBS soap, and don’t forget to check CDL often for the latest Young and the Restless spoilers, updates, and news.

The Bold and the Beautiful Spoilers: Sally’s Dream Comes True As Time Continues To Run Out