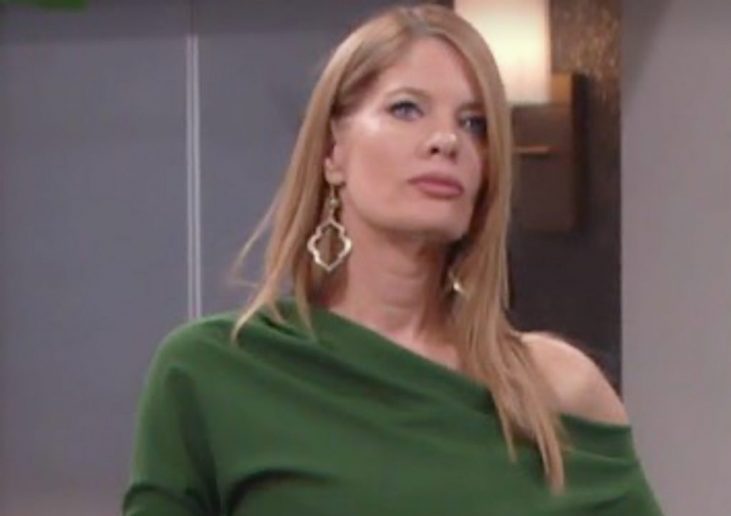 The Young and the Restless spoilers document that Phyllis Summers (Michelle Stafford) has gotten her wish. She’s in control of the Grand Phoenix Hotel. But staffing has become an issue.

Chloe Mitchell’s (Elizabeth Hendrickson) resignation shouldn’t have come as a surprise. But it happened and in front of a gleeful Abby Newman (Melissa Ordway) no less.

Having already forced Chelsea Lawson (Melissa Claire Egan) to sell her share in the hotel, Phyllis is set to realize Abby’s percentage, thereby making her the sole owner. But because Stafford’s iconic character has intentionally reclaimed Genoa City, Wisconsin’s title as its top pariah, attracting underlings will be tough.

Young And The Restless Spoilers – Perception Of Reality Skewed

The Bold and the Beautiful Spoilers: Ridge Knows About Brooke And Bill’s Kiss – Unwilling To Forgive?

Phyllis believes that she’s owed some form of respect. Why that is could only be known by taking a trip through her mind.

As fans recall, Gina Tognoni’s (Phyllis) edition of this character was written far softer, for the most part, than Stafford’s original edition was. Devoted fans were expecting and have received the stark version of Phyllis, with this element of her personality expanding exponentially in recent months.

Young And The Restless Spoilers – Rising From The Ashes

The plan was to sell the properties Nick Newman (Joshua Morrow) wiggled away from Victor Newman (Eric Braeden), during the early Dark Horse days, to Vickie Newman (Amelia Heinle). Phyllis succeeded in doing so, thereby regaining Nick’s trust, as was hoped.

Part of Phyllis’ real estate effort also included keeping something for herself. She didn’t read the fine print however, much to Adam Newman’s (Mark Grossman) amusement.

So, the piece of property that Phyllis thought was in Wisconsin, actually was located in another state. But she was able to make another maneuver and wound up having the Phoenix open. Not wanting partners, Phyllis was eventually able to manipulate her way to sole proprietor status.

Phyllis’ entire goal can’t possibly be to run that hotel. Sure, she’d probably make money. But this person, in particular, lives to play games.

There surely are a number of connected agendas that will allow the Phoenix to serve as a launching pad, or home base, for other nefarious efforts to be pursued. However, Phyllis better be careful, or she’ll alienate Nick, who she’s just restarted a relationship with.

Even Phyllis doesn’t want to be alone. Nick has already warned her against reverting to form, as her behavior has led to unintended self-sabotage in the past.

The Bold and the Beautiful Spoilers: Ridge Knows About Brooke And Bill’s Kiss – Unwilling To Forgive?