The Young and the Restless Spoilers: Billy’s Identity Crisis, Chelsea Puts Things Into Perspective With Adam 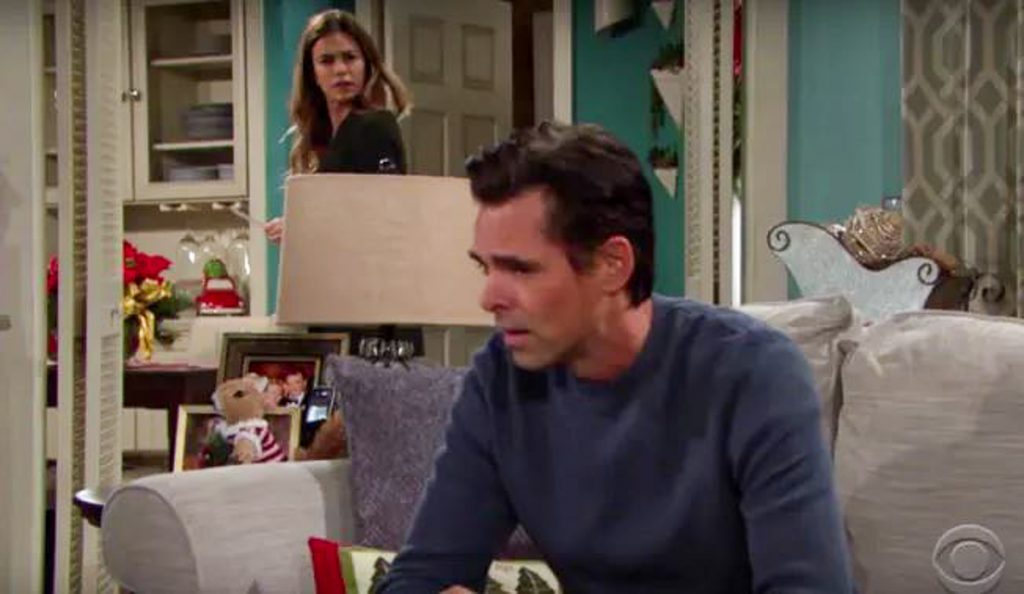 “The Young and the Restless” spoilers hint that big changes are coming and important decisions will be made in Genoa City. Starting off with Billy Abbott (Jason Thompson). He’ll have something important to tell Victoria Newman (Amelia Heinle) but will he manage to spill the beans? Meanwhile, Chelsea Lawson (Melissa Claire Egan) may have to choose between Adam Newman (Mark Grossman) and Nick Newman (Joshua Morrow) as the two men continue to fight over her.

Young & The Restless Spoilers – Will Billy Abbott Confess To Victoria Newman About His Identity Crisis?

Billy has been dealing with an identity crisis but he’s tried his best to keep it from Victoria. But, he’ll eventually reach his limit and will no longer be able to hide it from her. Spoilers tease that Victoria will be shocked by something on a piece of paper. As she tries to take in what she just discovered, Billy will insist that she celebrate the New Year without him.

Y&R Spoilers – Victoria Newman Senses Something Is Up

This will leave Victoria feeling troubled. She’ll sense something is wrong because of Billy’s lack of interest in welcoming the New Year and the puzzling paper trail she recently discovered. Fans can expect a heated conversation about Billy’s secrets. She’ll ask if he has something to do with gambling and Billy will answer that it’s more than that.

It’s possible that Billy will finally tell Victoria that he’s not good enough for him, something that she’ll strongly disagree with. She will want to work on their problems but it seems it’s not something Billy would want to do. He’s been going through a lot of pressure when he’s with Victoria but all these are gone when he’s with Amanda Sinclair (Mishael Morgan).

Over with Chelsea, she’ll assure Nick that it’s him she wants and not Adam. However, she also needs to let Adam understand where she really stands. She’ll ask him to stop chasing the past but as expected, Adam won’t give up on her. He’ll insist that she still loves him and he’ll even pull her in for a kiss.

She reciprocates the kiss briefly but she’ll come to her senses and back away. She warns Adam not to crash the big New Year’s Eve celebration, which she’ll be attending with Nick. But Adam admits that he’s been invited and he’ll come regardless if his presence will make things quite uncomfortable for many people. All he wants is to put his family back together.

Days of Our Lives Spoilers: Kristen Lunges At Nicole – Brady Stuck In The Middle Of Major Catfight