The Young And The Restless Spoilers: Amanda’s DNA Results Are In – What You Need To Know! 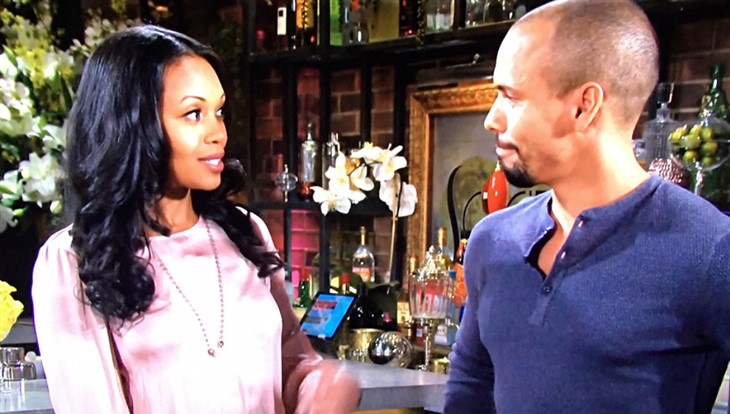 CBS The Young and the Restless spoilers indicate that Amanda Sinclair’s (Mishael Morgan) DNA results are in, as she will find out if she is indeed related to Devon Hamilton’s (Bryton James) deceased wife, Hilary Curtis (also played by Mishael Morgan).

The two women both share the same facial features, have a birthday that might or might not be on the same day, and were also born in the same town. So, could it be that they might just be separated twins at birth? That’s what Y&R fans are dying to know. Here’s what you need to know.

Thankfully, there is someone special with her when she gets the results, Nate Hastings (Sean Dominic). Speaking to Soap Opera Digest Mishael Morgan, who plays Amanda Sinclair on the hit CBS soap, puts it this way, “Amanda thought Nate would just tell her the results but she finds out he hasn’t read them yet. He says, ‘This is your journey and something you should do,’ so he doesn’t want to infringe on that.”

The Young and the Restless spoilers say that Nate will offer to give Amanda privacy but she wants him to stay. That’s because she wants someone to be there when she opens up the envelope and read the results. That, and Amanda needs Nate to show him that their bond is growing.

3 Reasons 'Young and Restless' Phyllis Should Be Worried About The New Red Head Coming To GC, Courtney Hope #yr #youngandrestlesshttps://t.co/BaCQhe4t25

Y&R Spoilers – Amanda Sinclair Is Worried About What’s Next

Y&R Spoilers tease that Amanda will read the results and show Nate before the two head over to the penthouse. Mishael adds, “No matter what the results will be it will be life-changing for Amanda. It started with Hilary but will it end with Hilary? No matter what, Amanda is determined to find answers.”

Not only is Amanda determined to find answers, but so are fans! They want to know if the lawyer shares more than just a pretty face with Hilary. Needless to say, fans will have to tune in to find out what will happen next. The Young and the Restless airs weekdays on the CBS network. Check your local listings for times.

Eastenders Spoilers: Phil Gets Revenge, Forces Sharon Out Of Queen Vic In Divorce?

The Bold and the Beautiful Spoilers: Ridge Discovers The Truth? – Shauna Throws Quinn Under The Bus