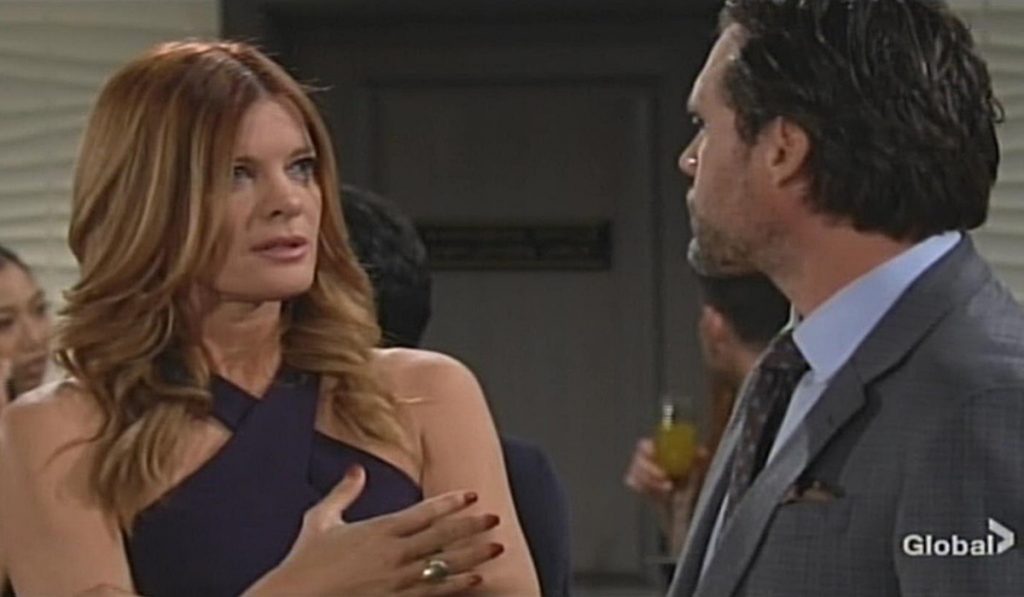 It’s fair to argue that there is a top couple in the history of ‘The Young and the Restless’. That would likely be ‘Niktor’, which is, of course, the current combination of Nikki Newman (Melody Thomas Scott) and Victor Newman (Eric Braeden). Based on the length of their drama and the number of times they’ve reconciled, this duo has earned its due.

Next week Y&R is presenting a series of classic shows that focus on the love story between these all-time characters. While neither was part of the show when it debuted in 1973, Braeden’s arrival in 1980 and Thomas’ (as that was her last name at the time) in 1981, changed Y&R’s history and impacted daytime.

Countless pairings could be rightly mentioned if one were to consider this iconic soap opera’s entire run. For the purposes of this feature, only current couples, like ‘Niktor’, are the focus of this feature.

Young And The Restless Spoilers – Chadam Is Fully Fierce

Chadam, just the nickname, is cool. And so is this couple.

It couldn’t have been easy creating Adam Newman (Mark Grossman). He’s Victor’s namesake, being Victor Adam Newman, Junior, and has long exhibited the darkest sides of his father’s persona. Hardcore fans rarely see glimpses of his mother, Hope Wilson (Signy Coleman), who was a kind-hearted soul.

With all due respect for Sharon Newman (Sharon Case), Chelsea Lawson (Melissa Claire Egan) became the perfect match for Adam. She’s a former con, feels her childhood scarred her, and is willing to do whatever to survive.

‘Chadam’ has a beloved son, Connor Newman (Judah Mackey), who will likely grow up to be just like his father and grandfather. Consider that.

Grossman is delivering strong performances since his debut last year. He’s the fourth adult actor to play this part since 2008. Egan joined Y&R in 2011 and has always presented splendid acting chops.

Young And The Restless Spoilers – Likey Is Always Likable

This is a partial old-school nod, as Lauren Fenmore Baldwin (Tracey Bregman) and Michael Baldwin (Christian Le Blanc) haven’t been together for nearly as long as ‘Niktor’. While they’ve had their issues, there’s no doubt that ‘Likey’ is terrific together.

It was good to see Fen Baldwin (Zach Tinker) in the recent past. He represents the realization of Lauren and Michael’s enduring bond.

There are often laughs when ‘Likey’ is around. They offer wise counsel to Kevin Fisher (Greg Rikaart) and Chloe Mitchell (Elizabeth Hendrickson) when they need it, which is quite often, with ‘Khloe’ surely participating in the runner’s up couple’s category.

Bregman has been part of the cast since 1984. Le Blanc joined the show in 1991. Both actors are superb, with their combined appearance, or individual shots always welcomed.

The Young and the Restless Spoilers: Adam Newman's Vegas Act Leads To Arrest – Mark Grossman Will Be Filming Jail Scenes?https://t.co/WdBirbL4Ag

Young And The Restless Spoilers – Phick Is At It Again

‘Shick’ was one of Y&R’s top power couples from the mid-1990’s to the mid-2000’s, with their included breakups considered. For Nick to allow himself to be lured into Phyllis’ corrupt world was outrageous.

Sharon recognized that Nick found Phyllis’ devious side intoxicating. Summer Newman’s (Hunter King) birth and the various editions of ‘Phick’, including the just revived current one, affirm that this twisted bond endures.

Of course other Y&R pairings could be mentioned, in addition to those noted above, with all fan opinions being honored.