The Bold and the Beautiful Weekly Preview: Thomas Continues To Scheme – Steffy Forrester Is Suspicious 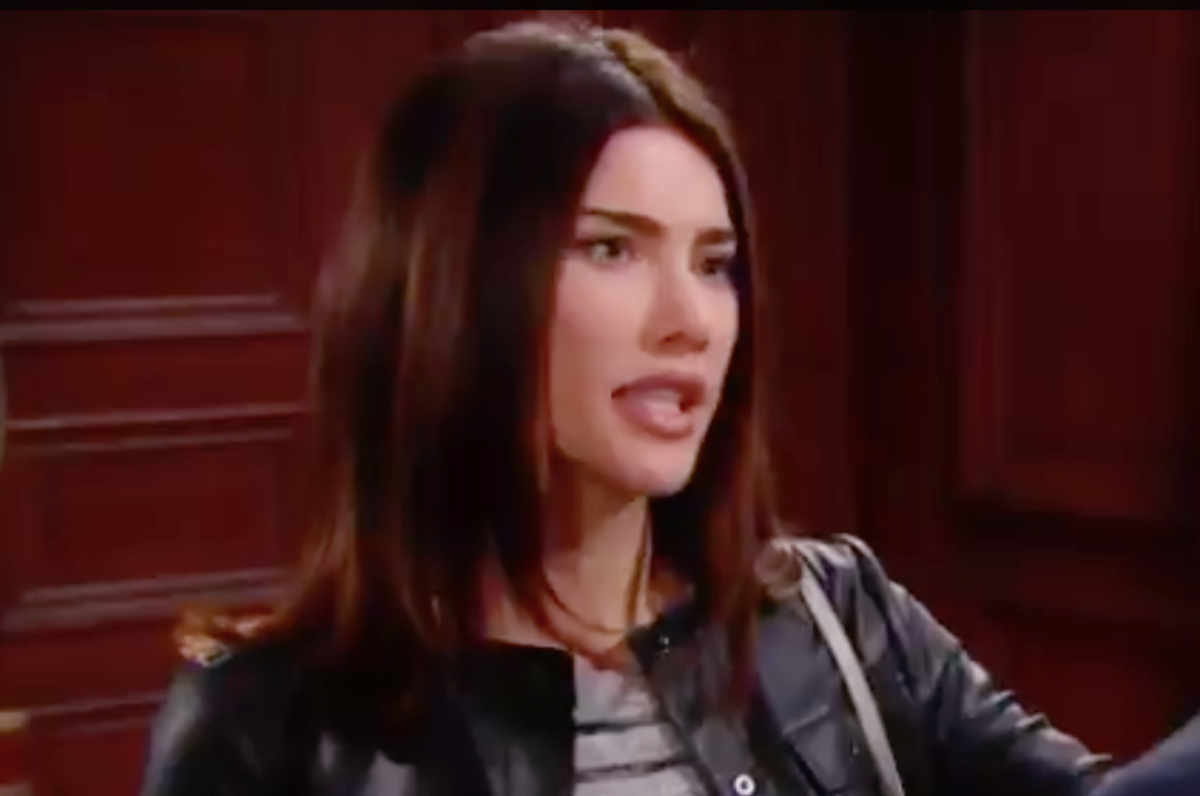 B&B Spoilers: Thomas Moves Up His Wedding Date – Way Up!

The Bold and The Beautiful weekly preview for the week of March 2, 2020 starts with Thomas moving his wedding date up – way up, with a scene of him standing with his fiancée, Zoe Buckingham (Kiara Barnes) as he tells Hope Logan (Annika Noelle) and his little boy, Douglas Forrester (Henry Joseph Samiri) that they are getting married right away! Hope looks shocked and Douglas cries out, “No, I don’t want that!” and flies into Hope’s arms, crying! A voiceover of Liam Spencer (Scott Clifton) begins, with him telling Hope “the guy knows exactly what he’s doing, he’s using his son in a sick, twisted way, and now he’s using Zoe too!” as a scene flashes of Thomas picking up Zoe and kissing her.

The Bold and the Beautiful Spoilers: Steffy Forrester Is Onto Her Brother Too!

Even Thomas’ own sister, Steffy Forrester (Jacqueline Macinnes Wood) is onto him! Referring to his pushing up his wedding to Zoe, she asks him if he’s going to push Douglas too, until he begs Hope to stop the wedding; and then what, is she going to marry Thomas instead? Thomas looks angry as his sister continues to accuse him! Thomas is used to other people being suspicious and accusing him of things, Liam for one, Brooke Logan (Katherine Kelly Lang) for another, and even his best friend Vinny Walker (Joe LoCicero) has tried to dissuade him from what he thinks is a foolproof plan!

The Bold and the Beautiful Spoilers: Sally’s Dream Comes True As Time Continues To Run Out https://t.co/ipaI8xkQYk pic.twitter.com/B5BHMt7RKW

Thomas Forrester Has A Terrible History Of Manipulations

Longtime viewers of The Bold and The Beautiful will recall that Thomas has a terrible history of manipulations, once scaring Douglas by showing films of monsters on his bedroom wall at night. After Douglas’ mother, Caroline Spencer (Linsey Godfrey) dies suddenly, he moves back home and sets his sights on Hope as a potential replacement mother for Douglas, noting the rapport they share with each other. He eventually finds out that Hope’s daughter, Beth Spencer (Madeline Valdez), is still alive and threatens everyone with knowledge of this to secrecy to prevent her from going back to Liam, resulting in him killing Emma Barber (Nia Sioux) by running her off the road when she flees to confess the truth to Hope. Thomas is able to persuade Hope to get married, all the while keeping the secret that her infant daughter Beth is still alive.

When the truth finally comes out, with Douglas telling Hope that Phoebe, the baby that Steffy adopted is really Beth, Thomas goes into hiding and Hope pursues an annulment of their marriage. After learning that Hope has gone to the beach house, Thomas surprises her there and tries to apologize for what he has done. As Hope is trying to get away from Thomas, Brooke arrives and sees Hope struggling to break free from Thomas. Brooke comes between the two and pushes Thomas away, causing him to fall over the cliff. He is rushed to the hospital in a coma, but eventually regains consciousness. When Ridge confronts him about all that he has done, Thomas tearfully confesses and begs for forgiveness. Later he is back to his old tricks by letting Hope think that he has fallen into a vat of acid and died at the Forrester Industries plant, making Hope feel responsible for his death, then reappearing alive and telling her it was to teach her a lesson! No wonder Hope’s family and friends try to keep her and Thomas apart!

The Young and the Restless Spoilers: Nick Doesn’t Trust Adam – Will He Try To Take Over Newman Enterprises?