The Bold and the Beautiful Spoilers: Thomas Hears About Liam’s Marriage Condition for Hope, Flips Out and Sets Up Heartbreaking Scheme 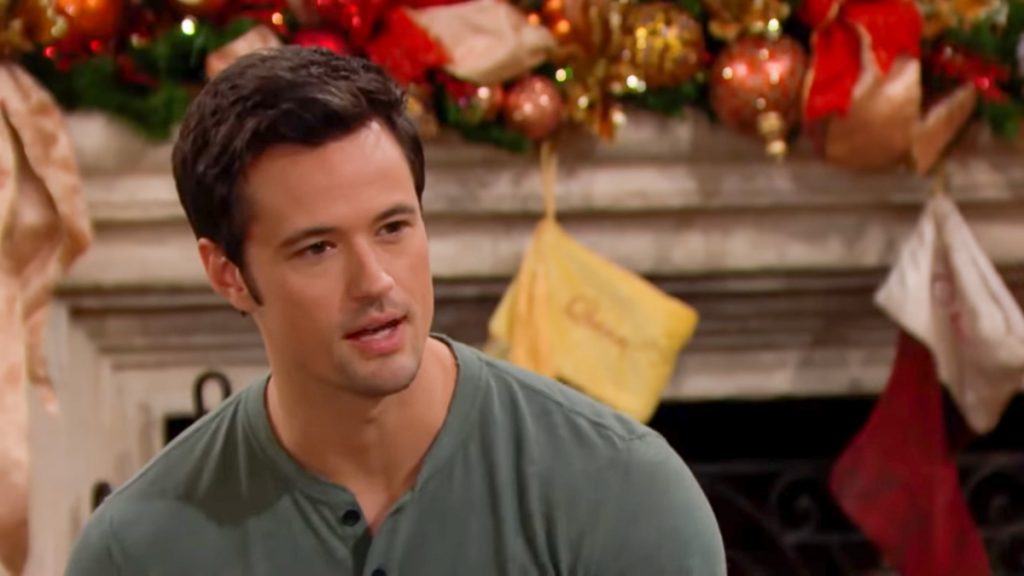 The Bold and the Beautiful spoilers reveal Thomas Forrester (Matthew Atkinson) learns that Liam Spencer (Scott Clifton) proposed. However, he has a condition for Hope Logan (Annika Noelle) and it affects Thomas. He ends up flipping out, threatening Liam and setting up a heartbreaking scheme to get his way. But has he stopped to consider who else would get hurt in the crossfire?

B&B spoilers indicate Liam plans on proposing to Hope. It should be something that will get her excited about the future. However, there is a stipulation attached to it. It is teased that Liam will demand that Hope stop working with Thomas on her fashion line.

Hope wasn’t eager to work with her tormentor, but felt she had no choice. It was either hire Thomas as her designer or forget about reviving Hope For The Future.

It is suggested that Thomas learns about Liam’s conditional marriage proposal and completely flips out. He is so close to getting what he wants. He has everyone fooled with his fake relationship with Zoe Buckingham (Kiara Barnes). He is Hope’s designer, which means he gets to spend his working hours with her. Plus, he also shares custody of Douglas Forrester (Henry Joseph Samiri) with Hope, dominating her personal life.

The Bold and the Beautiful spoilers reveal that Thomas is so angry about Liam butting into his business that he comes up with a drastic plan. He makes sure that Hope leaves Liam by setting up the stage for “Steam” to kiss. Just as he plans it all out, Hope catches Liam and Steffy Forrester (Jacqueline MacInnes Wood) locking lips.

Bold and the Beautiful Spoilers: Thomas Wants Brooke Out Of Hope's Life – How Far Will He Go @celebratesoaps https://t.co/RwJfAO0mDt

Not only will Steffy get caught up in this, but so will Ridge Forrester (Thorsten Kaye). Somehow, Brooke Logan Forrester (Katherine Kelly Lang) will suspect that Thomas is involved. However, Ridge will insist that his son is innocent and that the blame needs to go on Liam.

Of course, the other possibility is that Brooke will end up hating not just one of Ridge’s children, but both of them now. That will put a snag in their reconciliation, that’s for sure. It will also set up a series of events that could destroy the lives of Thomas’ family members. But to him, it’s worth it if he might end up with Hope one day.