The Bold And The Beautiful Spoilers: Ridge Trying So Hard To Get Past ‘Brill’, Thorsten Kaye Says 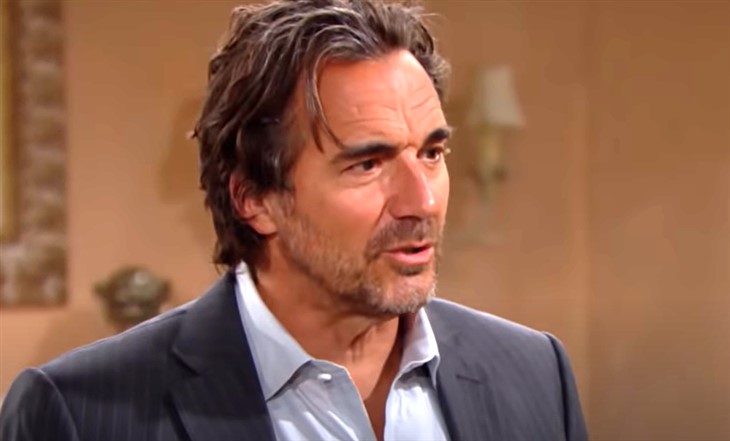 CBS The Bold and the Beautiful spoilers reveal that Ridge Forrester (Thorsten Kaye) has reconciled with Brooke Logan Forrester (Katherine Kelly Lang). There are times when he seems happy to be moving back in. Then, other times his smile seems forced. The actor explained that Ridge really is trying very hard to get past Brooke’s kiss with Bill Spencer (Don Diamont).

The Bold And The Beautiful Spoilers – ‘Brill’ Kiss Still an Issue

B&B spoilers reveal that despite getting back together with Brooke, Ridge still has serious issues with his wife kissing Bill. Even so, he really wants to make the relationship work. He hopes that they can eventually move past “Brill.” It’s not just one kiss that makes this such an issue for Ridge. It’s happened numerous times, the two had a full-fledged affair at one point and Ridge hates that Brooke goes to Bill each time she has a problem.

B&B Spoilers – Being The Bigger Person

In the latest issue of Soap Opera Digest, Kaye explained that Ridge is trying to be the bigger person. Sometimes, he is successful and enjoys being back in Brooke’s arms. Then, there are other times when he looks at Brooke and just sees her kissing Bill. So, it seems that they have an uphill climb when it comes to repairing their relationship.

The Bold and the Beautiful spoilers reveal that Brooke thinks everything is fine now. However, Ridge is trying to mentally get back what they had. The actor told the magazine,

“Despite the fact that his wife made out with Bill, I think Ridge wants to get past it and be the bigger person. They are trying to work towards something and trying to get back to where they need to be.”

Kaye also talked about what is going through Ridge’s mind when Shauna Fulton (Denise Richards) claims that they got married in Las Vegas. There was speculation that it was a fake marriage and couldn’t have really happened. But she has proved with her, shows him the marriage certificate and even has pictures.

Ridge has no excuse or defense. He can’t give anyone any answers to why he would marry Shauna because he simply doesn’t remember doing it. This might prove to be yet another obstacle for “Bridge,” but how will Ridge handle this situation? We will have to keep watching the CBS soap opera to find out.