The Bold And The Beautiful Spoilers: Paris Gets Zende – Zoe Stuck With Carter 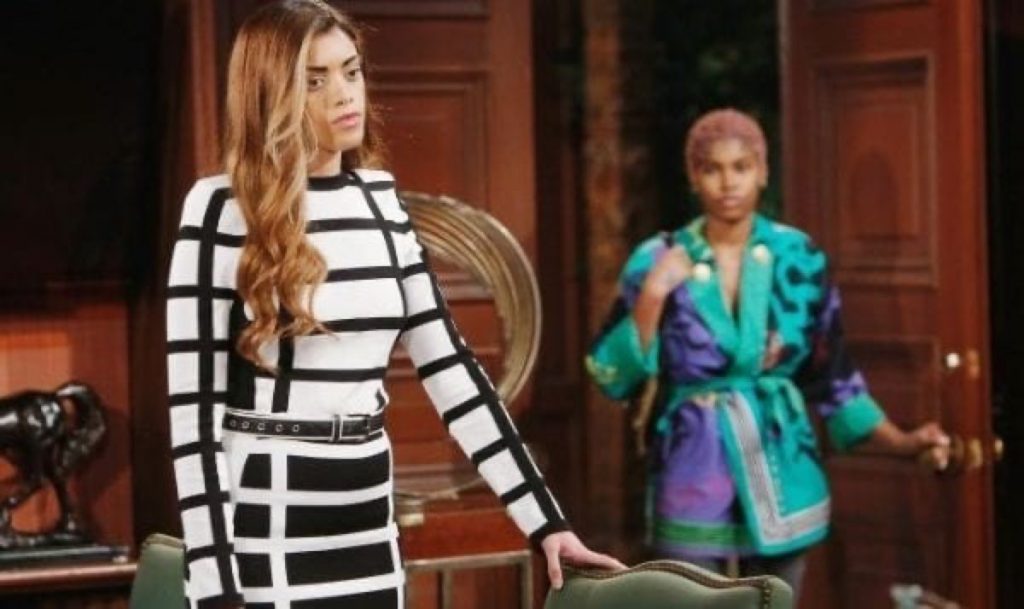 The Bold and the Beautiful spoilers tease that in Los Angeles Zende Forrester Dominguez (Delon de Metz) has a Christmas wish to become involved with Zoe Buckingham (Kiara Barnes). But she’s engaged to his good friend, Carter Walton (Lawrence Saint-Victor).

It’s time for Zende to recognize that Paris Buckingham (Diamond White) is someone he should embrace. Her open-hearted personality, intelligence, and dynamic appeal makes Paris the potential perfect match for the recast character who de Metz now portrays.

Ideally, Carter needs to become more directly aware of how Zende feels about Zoe, without having Barnes’ character made to look bad. Considering how fresh Zoe’s acceptance of Carter’s engagement offer is, it would be disappointing if B&B’s writing staff is merely using the Zarter pairing as plot technique to arrive at ZenZoe.

Saint-Victor’s character finally has a storyline that’s his own. He’s a solid actor, whose likable alter ego is deserving of personal happiness. So, hopefully TBTB allow Carter and Zoe to marry and to enjoy some time together.

The Bold And The Beautiful Spoilers: Zoe’s Evil Ways Return – Schemes To Get Rid Of Sister

The ladies at Forrester Creations were buzzing, as various characters noted, when Zende returned to the family fold in Los Angeles, California. He came back without his wife, Nicole Avant (Reign Edwards). That maiden name was used, as they’ve apparently divorced.

Zende’s single status was something that particularly perked Zoe’s interest. Her draw to him was instantaneous, but was later tempered by a deepening involvement with Carter.

It is a bit selfish of Zende to be sending signals to Zoe. However, she’s rushed into marriage plans with Carter, which Zende knows. So, it’s also fair to say that Zoe isn’t married yet and could change her mind during any episode.

Zoe was at fault when it came to Xander Avant (Adain Bradley). He agreed to a restored relationship, but Zoe’s willingness to enable the Beth Spencer (Madeline Valdez and River Davidson) drama proved to be too much.

Barnes’ character was wronged by Thomas Forrester (Matthew Atkinson). Yet, Zoe has proven resilient and is expressing sincere sympathy for him during Thomas’ recovery process.

Choosing between two good guys isn’t easy. At this point in the plot it would be believable if Zoe either tells Zende that she’s committed to Carter, or tells Carter that she’d like a spring wedding. That would give her more time to resolve her feelings toward both men.

Days Of Our Lives Spoilers: Phillip Admits To Brady He Has Big Troubles With Ava!