The Bold And The Beautiful Spoilers: Liam And Finn Mutually Alarmed – Thomas’ Behavior Gets Crazier 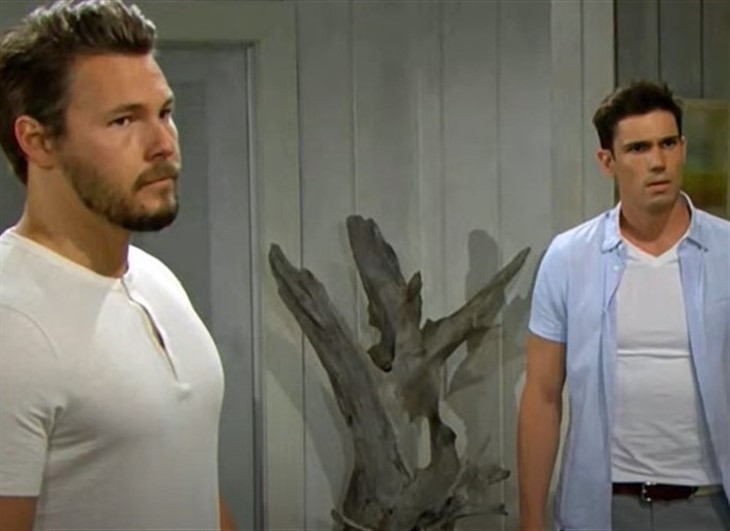 The Bold and the Beautiful spoilers document that in Los Angeles Liam Spencer (Scott Clifton) and John Finnegan (Tanner Novlan) are thinking along the same lines. Finn’s increased interaction with Thomas Forrester (Matthew Atkinson) has allowed him to see what Liam has long recognized.

Thomas’s instability isn’t new. He’s had many issues throughout the years. The recast to Atkinson happened in the early part of 2019 and was followed by a series of off-kilter actions that now includes him hearing Hope Spencer’s (Annika Noelle) voice being projected by an inanimate doppelganger doll. The B-movie nature of the storyline is a perfect mini-arc for the Thomas character to be involved in.

The Bold And The Beautiful Spoilers – Thomas Forrester Spinning Out

He was shocked by the weirdness of this situation himself. Thomas knew that the doll wasn’t Hope and couldn’t possibly be talking to him. But he’s naturally afraid to tell anyone what’s been happening inside his mind.

Thomas has been trying very hard to right his life since wronging many people who cared about him. At this point in the developing plot, he seems unable to realize that professional help is called for, or should be sought.

Buzz indicates that the Hope doll will be revealed in the near future. The implication of Liam finding it, or she in Thomas’s mind would be catastrophic. Of course, B&B could always write that scene by having Thomas contain Liam in some unusual way, or by having Atkinson’s character go on the run after being exposed, or possibly even relent and allow himself to be helped.

An actual physical confrontation doesn’t need to take place to classify Liam’s struggle with Thomas as a fight. However, it’s certainly a test of wills.

While Thomas doesn’t realize it, those people who are bothered by his behavior are actually trying to help him. That isn’t Liam’s projected intent, but his watchful eyes are having that effect.

As for Finn, he began bonding with Thomas while initially getting to know Steffy. But the odd demeanor Thomas has been exhibiting caught Finn’s attention. That awakening to the seriousness of this situation will also allow Novlan’s character to become Liam’s ally.

The Royal Family News: Only Kim Kardashian Has A More Expensive Bed Than Queen Elizabeth!

The Young And The Restless Spoilers: Is Time To Make Sally Spectra Great Again?