The Bold and the Beautiful Spoilers: In Order To Resuscitate Her Romance With Wyatt, Sally Must Die First 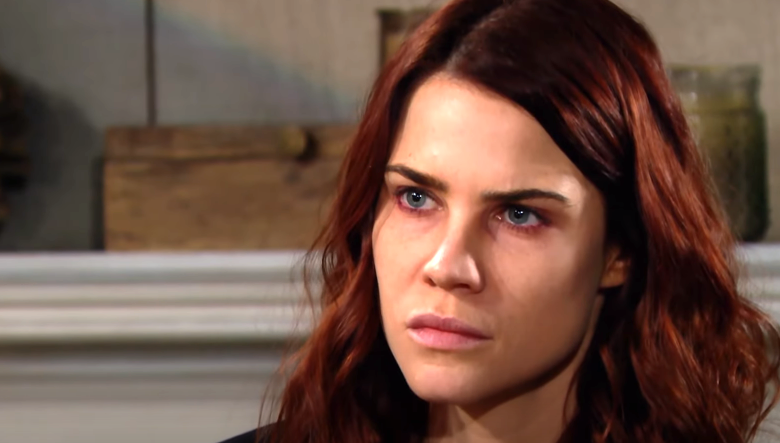 The Bold and the Beautiful spoilers indicate that Sally Spectra (Courtney Hope) is doing whatever she can to prove to Wyatt Spencer (Darin Brooks) that their love is worth dying for. And theoretically, that is what she plans to do, but only to a certain extent.

As a matter of fact, Sally will be close to being on her death bed in order to make sure that her love and relationship with Wyatt will not only resuscitate but hold on until her last breath – whenever that shall be. Here’s what you need to know.

The Bold and the Beautiful Spoilers: Sally Struggles To Maintain Her Con – Flo Closing In On Truth

The Bold and the Beautiful Spoilers – In Order To Resuscitate Her Romance With Wyatt Spencer, Sally Spectra Must Die First

Sally Spectra is so determined to win Wyatt Spencer back that she’s even ‘fake dying’ in order to make it happen. Thankfully for the fashion designer, there are enough shady doctors in this fictional town of Los Angeles that are both willing and ready to help at any time with the right price. If there’s one person who knows this fact all too well, it’s Flo Fulton (Katrina Bowden). It sure takes a liar to know another liar and for the beautiful blonde, she definitely smells a rat over at Forrester Creations.

The Bold and the Beautiful spoilers tease that Flo will not only find out that Sally is lying about her mysterious illness, but she will also make sure that the redhead gets kicked to the curb by none other than Wyatt Spencer. The only thing worse than a dying girlfriend is one with an already dead heart.

Of course, Sally isn’t the kind of girl who will take a kick like this while lying down. There’s going to be a huge confrontation between Sally and Flo, as she won’t stand for this kind of treatment. But at the same time, she’s about to come up with another lie – and a deeper one – that will change the course of how this story will go. In other words, if she is going to die, Sally will be taking Wyatt with her!

The Bold and the Beautiful Spoilers: Sally Struggles To Maintain Her Con – Flo Closing In On Truth https://t.co/1aKHgl20Iw pic.twitter.com/x2gQ5Ezxss

Needless to say, The Bold and the Beautiful fans will have to tune in everyday time to find out what happens next. The soap airs on the CBS network, however, you will have to check your local listings for times. In the meantime, don’t forget to come back right here for all the latest news and updates on The Bold and the Beautiful and all of your favorite daytime television shows.

The Young and the Restless Spoilers: Adam Wants Alyssa Of His Back- Plots New Scheme