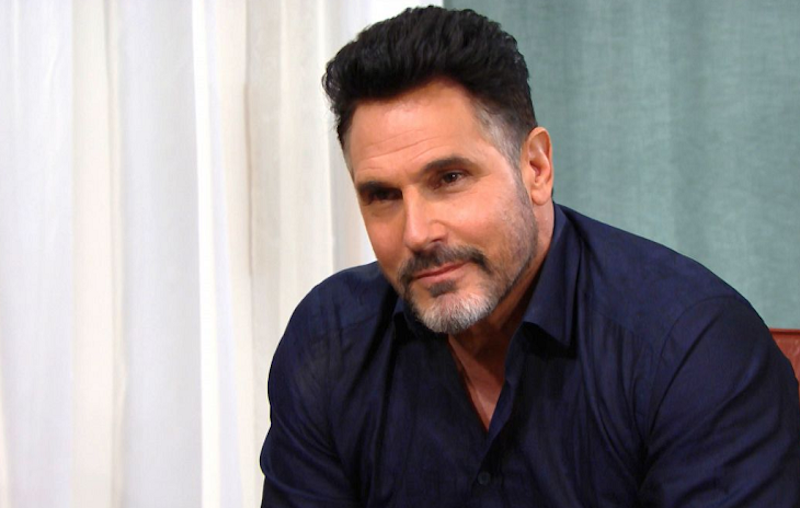 The Bold and the Beautiful’s Bill Spencer (Don Diamont) has everything that any man would want in his life: fame, fortune, and fashionable but also beautiful women by his side every day. But he’s also got enough internal issues from both his past and his present that will most likely impact his immediate future. Here’s what you need to know.

In an interview with Soaps in Depth, the handsome actor admits that his character could benefit from seeing a shrink from time to time. While there are a lot of people out there who could definitely use someone to talk to, Bill would need more than a couple of sessions to iron out some of his problems, especially when it comes to his childhood and his mother.

Bill said, “We haven’t really touched on his relationship with his mother, but I have my own idea of what Bill’s childhood was life. I think being raised fatherless le to a certain amount of rebellion and disillusionment with his mother.”

The Bold and the Beautiful Spoilers: What’s Next For Bill Spencer?

While Bill’s past is definitely a potential storyline worth exploring, a lot of fans can’t help but wonder what’s next for the character and his current lady love, Katie Logan (Heather Tom). If there’s anything that we have learned about life in this fictional town of Los Angeles, it’s that a kiss is never just a kiss, and that’s something Bill should have known before he passionately locked lips with his old flame, Brooke Logan (Katherine Kelly Lang). Of course, Bill is going to do whatever it takes to save his relationship with Katie, but the brunette already has one foot out the door. Someone might want to page that therapist and set Bill up with a couple of appointments, because he sure has a lot that he wants to get off his chest. Of course, The Bold and the Beautiful fans will have to continue to tune in to find out what happens next.

In the meantime, don’t forget to check back right here for all the latest news, updates and spoilers on your favorite daytime television shows including The Young and the Restless, The Bold and the Beautiful, General Hospital and Days of Our Lives.

The Young and the Restless Spoilers: Beth Maitland Does Soap Opera Challenge with Fans – What You Need To Know!

General Hospital Spoilers: Sam Meets With Kristina Just As Brando Shows Up – Is He Going To Discover He Slept With A Relative?