The Bold and the Beautiful Spoilers: Carter Tries To Reason With Zoe – Says Thomas Is No Good 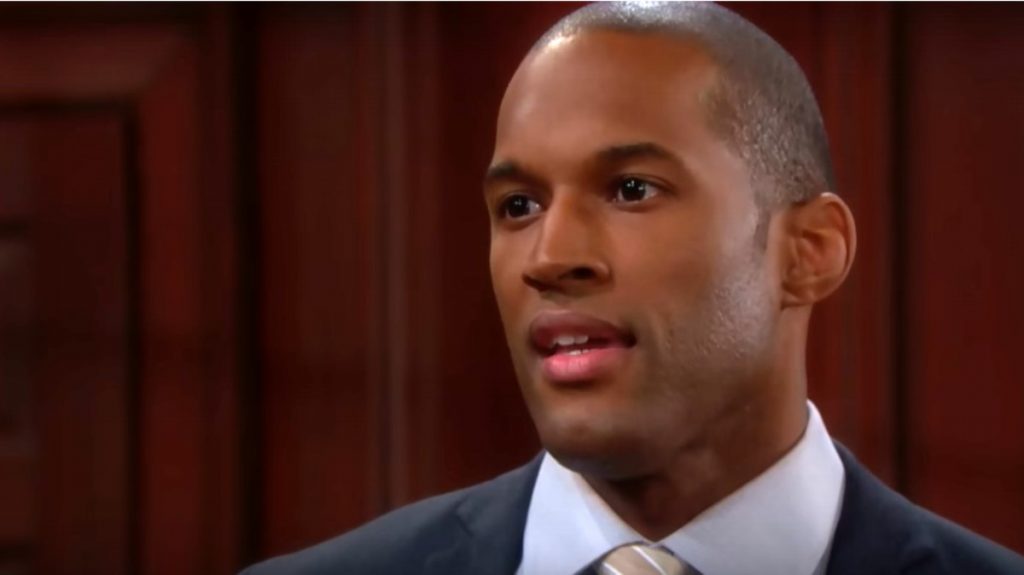 Carter is Forrester Creations’ patent attorney and has always been friendly with the beautiful Zoe. Carter also officiates at weddings, and it is possible that Thomas is planning to have Carter officiate at his and Zoe’s wedding – he officiated over Steffy Forrester (Jacqueline Macinnes Wood) and Liam Spencer’s (Scott Clifton) where Steffy rode up the aisle on a motorcycle, dressed in black!

The Bold and the Beautiful Spoilers Tuesday, March 3: Vinny Calls Out Thomas For His Manipulation – Douglas Melts Down As Thomas Announces Quick Wedding

Once he participated in a fundraiser fashion show for Caroline Spencer’s (Linsey Godfrey) cancer foundation, modeling sleepwear. Carter also acted in an internet web series called Room 8. He hoped that the love scenes he acted out with Maya Avant (Karla Mosely) would bring him a real romance with Maya, and at first, it didn’t, but later it did and he proposed to her-actually twice.

However, she kept putting off the wedding date and it was revealed she wasn’t true to him and she really wanted someone else and he broke up with her. So Carter has been through something like he fears will happen to Zoe and he doesn’t want her to be hurt like he was. Maya had kept secrets from him as well – very important secrets to know if a person is going to marry someone.

Carter may tell Zoe about his experience, although he won’t name names since Maya had worked in Forrester Creations. No hurt is a worse hurt than to be madly in love with someone and not only be betrayed by them, but to find out they weren’t the person they portrayed themselves to be. Of course, Thomas is not transgender but Carter means that he’s not into Zoe as much as he puts on he is – like Liam has told her before, she is just being used as a stepping stone to Hope Logan, (Annika Noelle)! But he will also tell her she can do a lot better than scheming Thomas!

The Bold and the Beautiful Spoilers: Sally’s Dream Comes True As Time Continues To Run Out https://t.co/ipaI8xkQYk pic.twitter.com/B5BHMt7RKW

This is the second time Carter has tried to talk some sense into Zoe about Thomas. Does Carter have an ulterior motive, like maybe he wants to date her himself? Maybe! He hasn’t been involved with anyone for a long time and Zoe is a very beautiful woman! But all in all he cares about her and doesn’t want to see her be hurt like he has. Carter will continue to try to convince Zoe to slow it down – there has to be more of a reason than just “romance” for Thomas to want to marry right away!

Good things come to those that wait, and Thomas doesn’t want to wait. Zoe made him tell her he loved her, but maybe she should make him say he’s IN love with her too, although slowing it down and seeing if Thomas still wants to marry her in say, six months might be a better plan. Carter will tell Zoe that if Thomas really loves her, he’ll wait for her to be ready instead of rushing her into it.

The Bold and the Beautiful Spoilers Thursday, March 5: Carter Tells Zoe She’s Got Other Options – Steffy Blasts Thomas For His Manipulation