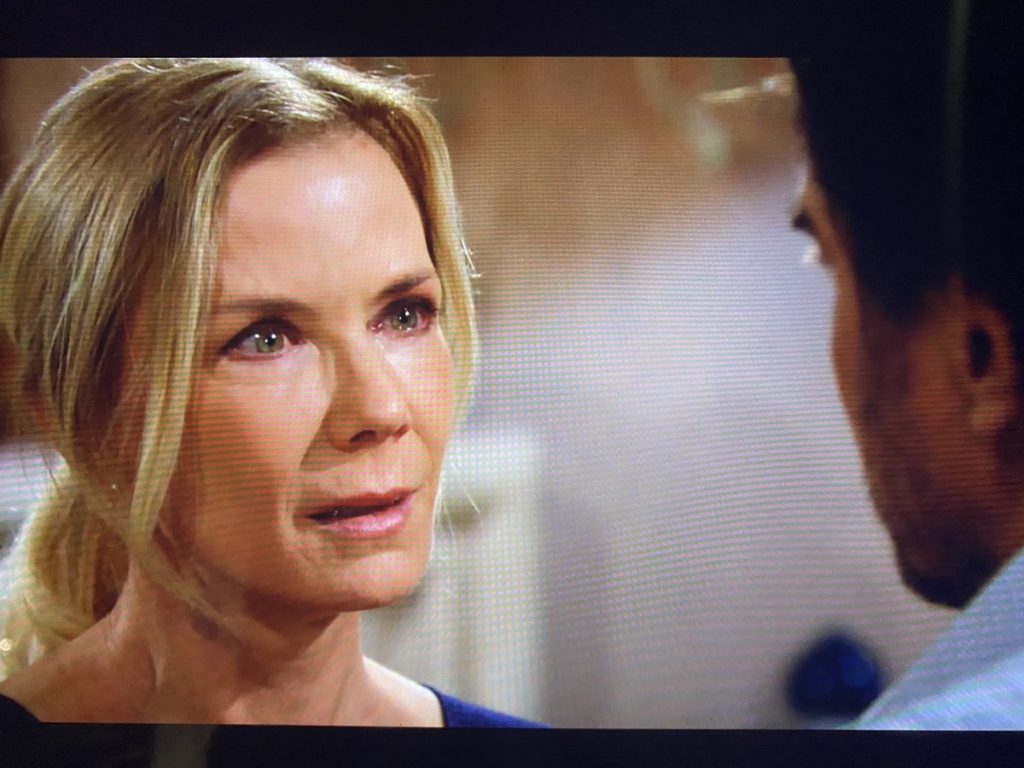 The Bold and the Beautiful (B&B) spoilers tease that Brooke Forrester (Katherine Kelly Lang) and Ridge Forrester (Thorsten Kaye) will find themselves in familiar territory once again. As B&B viewers know, these two have been down a difficult road together, and their marriage has been teetering on the brink of divorce for several weeks now, ever since they signed divorce papers.

However, there seemed to be a bit of hope, as they do have occasional moments of tender lovingness when they seem to transcend the problems their marriage has faced. Yet it seems like when they have a nice moment or two, it soon devolves into an argument over Thomas Forrester (Matthew Atkinson). 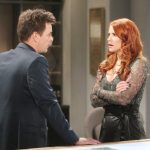 Thomas is the key issue that’s been keeping Brooke and Ridge apart. From Brooke’s perspective, Ridge just won’t see the truth about Thomas. She believes that Thomas is a psychopath who is playing his father and manipulating everyone, especially Hope Logan (Annika Noelle). As B&B viewers know, Brooke just won’t find it in her heart to forgive Thomas, and she’s sure that he’s still up to no good and is obsessed with Hope.

Ridge, on the other hand, thinks that while Thomas has made a lot of terrible mistakes in the past, he’s at least trying to be a better person and is making great strides. Ridge is adamant that he’s not going to give up on his son no matter what, and he wants Brooke to accept Thomas, which Brooke just won’t do.

The Bold and the Beautiful spoilers say that in the coming days, Ridge and Brooke will sit down again and try to come to a meeting of the minds. Of course, Ridge now knows that Brooke is engaged in a total war with Quinn Forrester (Rena Sofer) over his kisses with Shauna Fulton (Denise Richards). He’ll probably try to stress to Brooke that she should be directing her anger at him, not at Quinn, but that will probably fall on deaf ears.

The Bold and the Beautiful Weekly Spoilers February 10 to 14: Sally Is Dying – Katie Reveals Sally’s Secret To Bill And Wyatt #bb #boldandbeautiful https://t.co/7n7N0T9TpE

After all, as B&B viewers know, Brooke is absolutely livid with Quinn right now, and she’s really not one to back down after she lashes out at someone. So where will all of this leave Brooke and Ridge? It’s not like Ridge will ever turn his back on his son, and it doesn’t seem like Brooke will let go of her animosity toward Thomas.

Will Bridge Be Able To Save Their Marriage?

One wonders whether Brooke and Ridge will ever be able to find common ground. Given the paths that they’re on, it seems that they’re more liable to file those divorce papers at this point, but for Bridge’s sake, we hope they can work things out! Do you think that Bridge will stay together, or are they doomed?