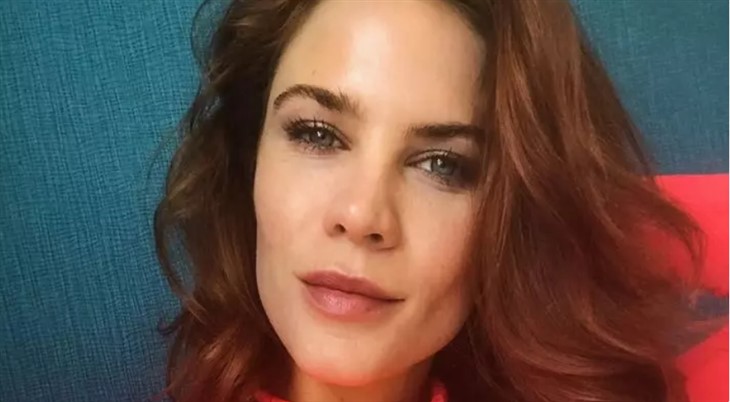 The Bold and the Beautiful comings and goings confirm that Courtney Hope has made her exit. Fans of her character, Sally Spectra, are devastated over the character leaving the CBS soap opera. During a recent interview, the soap star discussed leaving the show, the character’s exit storyline, and her future.

B&B comings and goings confirm that Sally’s final episode aired on Wednesday, August 5. After begging Wyatt Spencer (Darin Brooks) for forgiveness, he told Sally to stay far away from him and Flo Fulton (Katrina Bowden). Sally decided to take that advice literally. However, there is always a chance that Sally could return one day. Speaking to TV Insider, Hope said,

“We never know ever. [Change] is really consistent in this industry. Hopefully, and I’ve had long talks with Brad [Bell, executive producer/head writer]…but for now, this is where Sally bows out. This is where I have to take it. Life keeps going.”

When Hope first learned that Sally was going to be diagnosed with a fatal disease, she believed the story as much as viewers did. It wasn’t until later that fans (and the actress) discovered that Sally was faking the entire thing with the help of Dr. Penny Escobar (Monica Ruiz). Hope thinks that the writers changed their minds halfway through the story and doesn’t feel that the ending was “fleshed out.”

“Somewhere along the way, they changed their mind. It became a lie. I understand it. But Sally’s a beam of light in a lot of ways. She has a lot of really uplifting qualities. The thought of her going out with a fatal illness was morbid. It’s unfortunate because even the brightest light of people go through dark times. That’s when they truly shine and find their strength. I was looking forward to finding that light.”

The Bold And The Beautiful Spoilers – Actress Discusses Fan Reactions

The Bold and the Beautiful fans saw a very powerful performance by Hope. When seeing how everyone was reacting to the final scenes, Hope said that they made her feel wonderful. She poured her heart and soul into the character and storyline.

Hope has already done some work in the video game industry. She enjoys the voiceover work and said that it’s something she’s done since beginning her acting career. She even has a studio-quality set up in her home. When quarantine had everyone staying inside and in the new work of social distancing, this is something she was able to continue working on. She plans on doing more of it in the future.

Hope is also writing a few scripts and also has an interest in staying in daytime TV.

The Bold And The Beautiful Spoilers: Steffy Forrester Struggles, Finn To The Rescuehttps://t.co/Acmb4wAfRp

“If you have a really good story and character… I’d love to have any opportunity wherever it lies and where I can make a difference. If that’s in the daytime, great. If it’s on another platform, I’m open to that, too. I know how the daytime works. It’s its own wheelhouse and skillset, [and] I’m fortunate enough to have that.”