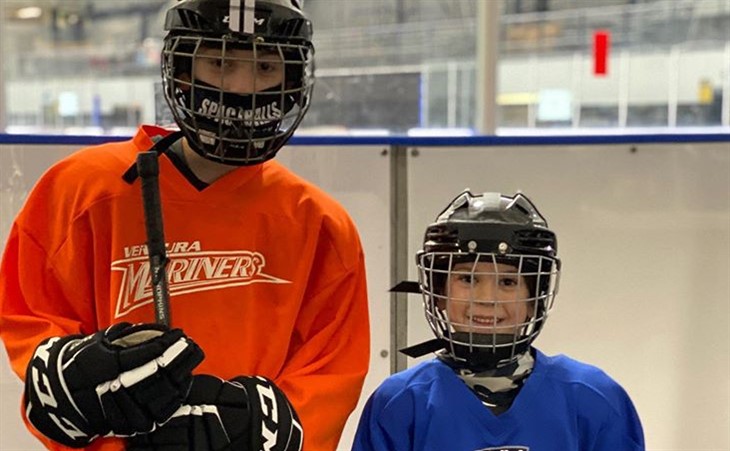 CBS The Bold and the Beautiful spoilers reveal that Henry Joseph Samiri, who plays Douglas Forrester, is having a terrific summer. Not only is the show back to production, but he is getting in plenty of extracurricular activities as well.

We haven’t seen much of the cute tyke since the show has returned to the airwaves with all-new episodes. His onscreen parents and loved ones have been plenty busy though so it’s only a matter of time before we see Douglas again.

In the meantime, Samiri has plenty to occupy his time as a recent social media post reveals.

The Bold And The Beautiful Spoilers: Quinn Ups The Ante To Keep ‘Bridge’ Apart

According to Samiri, he and brother William have enjoyed playing hockey together. He recently posted a cute pic of the two posing on the ice in full hockey gear. He captioned the pic, “Thankful I’m an ice hockey player on days when the heat is over 100 degrees🥵🏒 – with my bro @officialwilliamsamiri #itshotoutside #socalliving #summerdays #socalkids #kidathlete #icehockey #icekids #siblinglove #coolkids.”

Samiri is referring to a recent spate of 100 degree plus days in L.A. Over the Labor Day weekend temperature records were smashed all across the southland as Angelenos did everything they could to stay cool; It looks like Samiri has the right idea!

Samiri’s fans enjoyed his post with one commenting, “Awesome good for you for playing hockey. Hopefully, the weather gets cooler there. I live in Ontario Canada and for the better part of the summer with the humidity, it felt like 37degrees Celsius. Do you get the humid weather where you are,” and another saying, “Best sport on earth!! In Canada 🇨🇦 we have lots of teams!! And join lacrosse 🥍 makes u a better hockey player.”

The Bold And The Beautiful Spoilers – What Will Happen Next For Douglas Forrester?

Samiri loves to keep his fans updated about his interesting life on social media. In the past, he has featured his cooking skills!

The Bold And The Beautiful Spoilers: Quinn Ups The Ante To Keep ‘Bridge’ Apart https://t.co/iaTLarMFRH pic.twitter.com/ViVwOTQsg2

What will Douglas get up to next on the CBS sudser? No doubt he will be a part of his relatives’ drama. Right now the controversy is sweeping up baby Beth and Kelly who he is supposedly hanging out with while the adults argue. At the same time let’s hope that his dad Thomas Forrester (Matthew Atkinson) is done wreaking havoc in his son’s life.