The Bold And The Beautiful: Hello, Dolly! Everyone Got Their First Latex Kiss, EP Shares 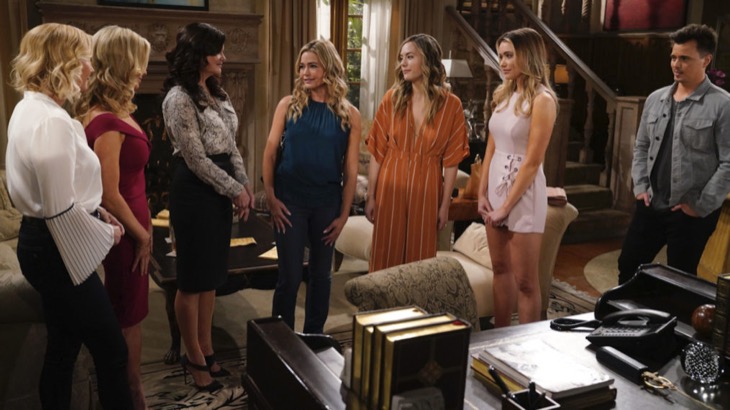 CBS The Bold and the Beautiful cast members are getting their first latex kiss. Many get to smooch their real-life partners who are standing in during love scenes. However, it would only make sense that everyone learns how to do it so it looks totally normal on-screen. One day, a spouse might not be able to make it and you want to be a pro if you have to seduce a prop.

According to the New York Times, Bell shared that everyone is getting their first experience making out with a doll. Even though it’s an awkward situation, everyone is willing to give it a shot.

“We’ve had a lot of strange looks and questions like, Do you really want to do this? But everyone is a game. They are getting their first latex kiss.”

Now, they did try writing storylines without kissing scenes, but it was very flat. So, that is what triggered the doll use.

The Bold And The Beautiful Spoilers: Wyatt Confronts Sally – Will Sally’s Secret be Exposed?

B&B Spoilers – Dolls On Set: Not Just For Kissing!

When the news came out that B&B would be using dolls and mannequins during romantic scenes, fans weren’t sure if it was a joke or not. However, it is a pretty standard trick of the trade. Everyone has seen a movie where a doll was being stabbed or a firefighter rescued a giant-sized Raggedy Ann doll. But it shouldn’t be noticeable if done properly and there are tricks to help with that (camera angles, lighting, distance, positioning, etc.).

Dolls can be used for a variety of reasons. Maybe even to drag an unconscious woman out of a house before her boyfriend comes in and her limbs just kind of sail around knocking everything over. Even though that scene was not filmed using a doll, Katrina Bowden did tell Soap Opera Digest that she really was hitting all those corners and being bumped into furniture. Sounds like she might have gotten a bit bruised playing unconscious Flo Fulton!

The Bold and the Beautiful Spoilers – Dolls In Hospital Scenes

In addition to romantic scenes, there are other reasons why dolls would be used. The soap used one a few years ago to be a corpse. Executive producer/head writer Bradley Bell also explained that dolls and/or mannequins are going to be placed in hospital scenes, too. They make it work by filming it from a distance.

In addition to The Bold and the Beautiful, there are other productions that will use dolls and mannequins. Riverdale filmed the prom before the shutdown, but graduation didn’t get done. The show plans on using mannequins as audience members at the graduation and other big events.

The Bold And The Beautiful Spoilers: 'Bad Sally' Meant To Build Empathy For Flo, But Will It Work? #bb #boldandbeautifulhttps://t.co/UGU0J87658

However, he doesn’t intend to use them in love scenes and didn’t specify how he would work around that.