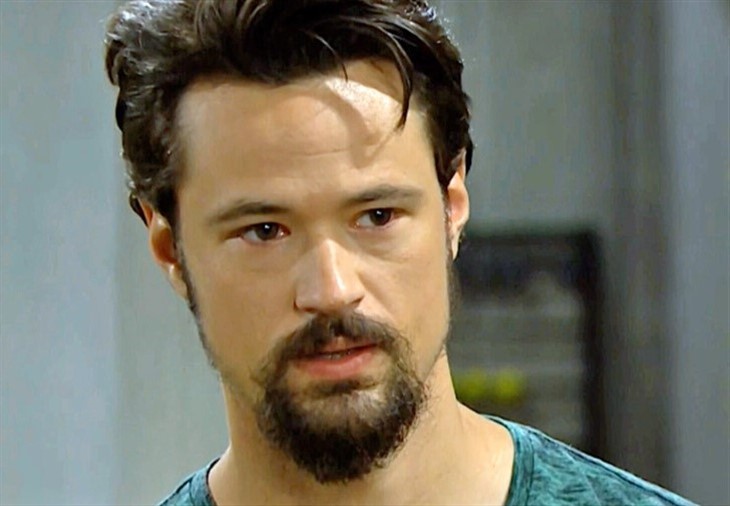 The Bold and the Beautiful (B&B) spoilers tease that in Los Angeles Thomas Forrester (Matthew Atkinson) was genuinely surprised and is actually grateful. He did not expect Brooke Logan Forrester (Katherine Kelly Lang) to ask him to stay in her home while he’s recovering, but that generous offer was made.

Thomas is right in saying that his father presented the initial idea, but without Brooke’s okay it wouldn’t have happened. Now, with the appearance of true contrition and in his weakened state, Thomas has an opportunity to have Brooke voluntarily become a form of ally.

The Bold And The Beautiful Spoilers – Meanwhile At The Cabin

While Thomas was sitting on the sofa talking with Brooke and Hope Spencer (Annika Noelle), who donned a stylish hat before visiting the main house, Liam Spencer (Scott Clifton) was pressing Steffy Forrester (Jacqueline MacInnes Wood). She was still having none of it.

Steffy can’t get through Liam’s thick head because he’s incapable of processing and dealing with what happened at the cliff house. In his mind he believes that telling Hope the truth will unburden his soul, while still allowing Lope to survive?

Yes, Liam lacks a sense of reality and common sense. Steffy is increasingly uneasy in realizing that’s the case and is beginning to understand the trouble she’s opened herself up to where John Finnegan (Tanner Novlan) is concerned.

Brooke will be flabbergasted when Hope tells her what Liam did. Of course that assumes that Lang’s character doesn’t become aware of the reveal first.

How and when this news drops will obviously be crucial. It’s now reasonable to believe that the write-in of Thomas to Brooke’s estate means that the drama is likely to happen soon, as both characters could then become allies. Teasers also indicate that January episodes will include this storyline’s climax.

It’s not that Brooke would suddenly see Thomas as the man Hope should be with. But she will eventually reflect back on Thomas’ stance against Liam. Brooke will also realize the general similarity between him sounding an alarm about Liam and her efforts to alert everyone about Atkinson’s character.

For all the scheming he’s done, Thomas simply needs to do what he’s doing. Take it easy and don’t offer opinions about anyone, most especially Liam.

If Thomas focuses on his recovery it’s possible, but not certain, that what he’s hoped for can come true. He’s a long way from here to there. But Hope no longer fears Thomas, she has sympathy for him. And Brooke, most incredibly, is willing to give him a guarded chance.

90 Day Fiancé Spoilers: Jovi Dufren And Yara Zaya’s Ride To The Aisle – Are They Still Together?