The Bold and The Beautiful (B&B) Spoilers: Liam Begins To Unravel Over His Guilt Of Betraying Hope 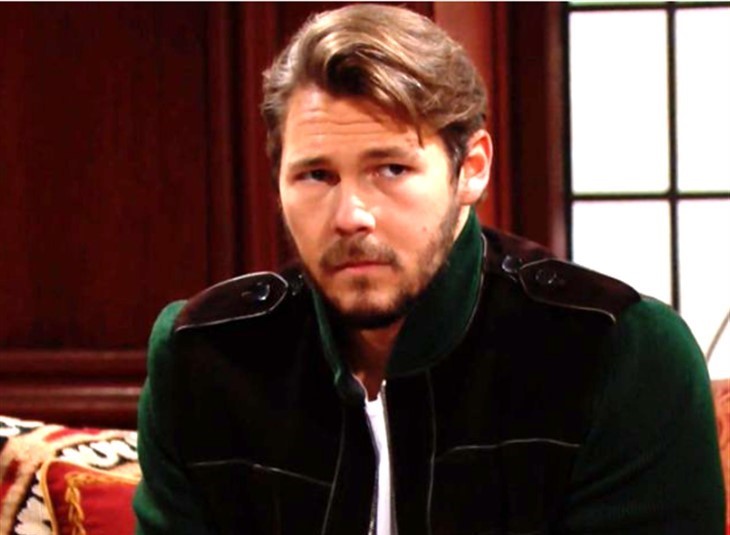 Viewers of The Bold and The Beautiful will recall that the night Liam burst into Thomas Forrester’s (Matthew Atkinson) apartment, he made some very wrong assumptions! He saw Thomas kissing the Hope mannequin and was convinced his wife was making out with Thomas! He jumped to that conclusion with no thought that things may not have been as they had appeared, and headed straight over to his ex-wife Steffy Forrester’s (Jacqueline Macinnes Wood) house.

As he started commiserating the sordid scene to Steffy, she tried at first to reason with him, but as the night wore on, the two started drinking liquor she kept in the house. They both got drunk and fell into bed and had sex. They argued about keeping the secret between themselves for several days and Liam finally agreed with Steffy, that it was best never spoken about again. Both of them have felt guilt over the one night stand, but for Liam, it has been a worse struggle than it has for Steffy.

The more praiseworthy Hope is of Liam the smaller he feels and the dirtier inside. Liam has also felt very, very stupid for believing not only the worst of Thomas, which he justifies himself for, but of Hope as well! He keeps rationalizing how dark it was in Thomas’ apartment that night, and Thomas was directly in front of the mannequin, no shirt on, fondling the mannequin, but that is no excuse. The mannequin did not have her arms around Thomas fondling him back and all he could see really was her hair!

Liam felt particularly uncomfortable in the Forrester Creations offices in a recent conversation with Hope and Steffy both there. Steffy also felt uncomfortable about the secret they shared but it really hit Liam hard when a happy Hope expressed her relief that all three of them could be there together with no secrets or hidden agendas! Liam had waffled back and forth between Steffy and Hope several times already before he and Hope finally got married earlier in the year!

He and Hope wanted it to be for keeps this time, but Liam knows he blew it! Unfortunately, the sordid secret is starting to become way too much for Liam to bear, and Steffy is close behind him. Steffy is a little bit better at hiding her true emotions but even her increasingly serious boyfriend, Dr. John “Finn” Finnegan (Tanner Novlan) had noticed something was off and had questioned her about it.

She was able to convince him it was just being tired, and their evening ended romantically well, but what if he sees her feeling guilty again? Liam has the same problem. Liam isn’t very good at hiding emotional things – although this incident has taught him he needs to learn to act instead of react. First impressions of a situation aren’t always correct. Chances are, it will be another conversation with Steffy about their secret that will cause Liam to unravel, but their conversation may not be as private as they think it is! How will they hide their guilt this time?

General Hospital Spoilers: Who Was Your Favorite GH Newcomer of 2020? Vote Now!