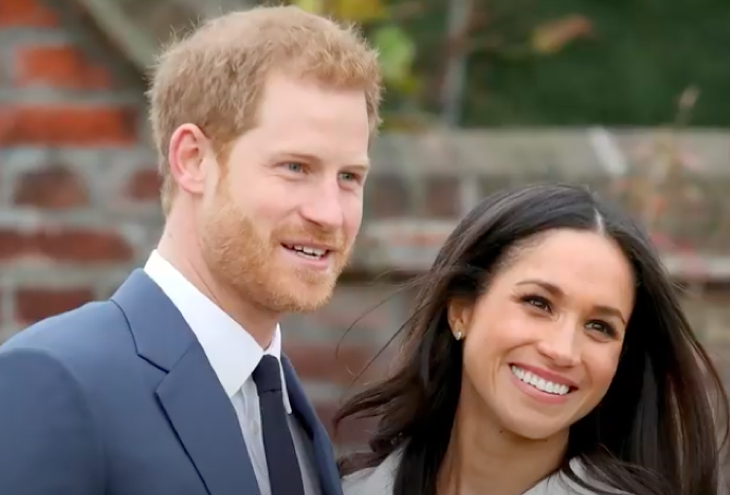 British royal family news reveals that former United Kingdom inmates Meghan Markle and Prince Harry, Duke Of Sussex are now free to celebrate their first Christmas in America. And according to sources, Meghan has big plans to make it one Harry will remember.

Apparently the long-suffering pair are airing their dirty laundry to sources who report, “Ever since Archie arrived, everything has been so turbulent, and many things have been up in the air. It has not been easy, necessarily. For the first time in a long time, they have a clear focus.”

As the world knows, courtesy of their loud and proud announcement in January, they felt they had no choice but to leave their family and country behind so that they could be free to make as much money as they wanted in the US. The world has been watching, and indeed the thirsty couple has technically made a boatload of money, but as of yet, they have not produced an actual tangible commodity in all of 2020.

Royal Family News – Free, Free, Set Them Free In America And Look At Harry And Meghan Chase The Almighty Dollar

Poor Harry and Meghan, had to endure Christmas 2017 and Christmas 2018 with Queen Elizabeth and the rest of his royal family at Sandringham surrounded by servants and luxury. It must have been torture.

Luckily for them, in 2019 they were able to break off and spent their first Christmas with 1-year-old son Archie in frosty Canada.

This year for the first time the family of three is celebrating a California Christmas, something that was evident in their much-anticipated Christmas card. In case you haven’t seen it, don’t feel bad, neither has anyone else—the “card” is a smudgy, ambiguous picture of three figures purported to be them. Those three figures could be Macy’s mannequins for all we know.

Anyway, the couple is now snug as a bug in a mansion rug in Montecito and an insider is spilling all to People about what they have planned.

“It’s Harry’s second Christmas away from England, and Meghan wants to make sure it’s special for everyone,” the insider gushed. “They are creating their own traditions at their new home.”

And, a source previously told People, “They both love Christmas and have been decorating with Archie.”

The charming couple already has at least one ha-ha story to tell to their grandchildren. It’s all about the time Meghan and Harry went to find the perfect, pre-cut Christmas tree. What should have been a glorious time was marred by a stranger walking straight up to the Fresh Prince of Montecito after mistaking him for a used tree salesman.