General Hospital Spoilers: Kelly Thiebaud Leaves For Salem – But Should She Stay In Port Charles? 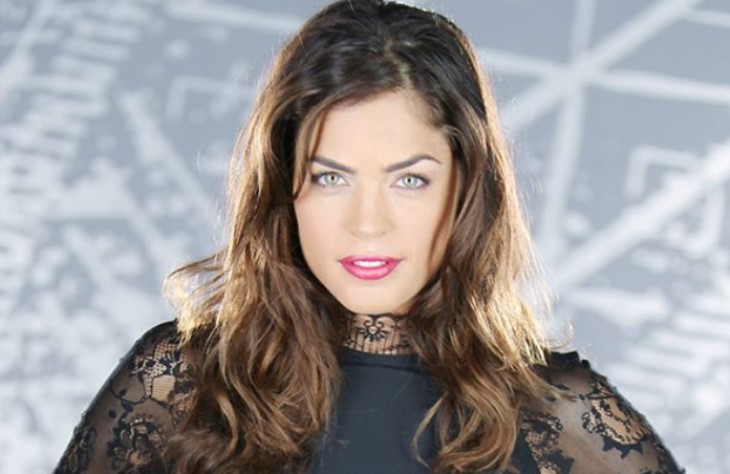 Kelly Thiebaud made her way back to Port Charles as Dr. Britt Westbourne on “General Hospital” recently. But her stint is over now as the show revealed that her alter ego moved to Boston offscreen. A lot of viewers were shocked about her abrupt exit. But the actress took some time to explain her sudden departure.

On Twitter, Thiebaud addressed the issue and said, “Hiiii! Just wanted to clarify some things! Unfortunately yes i don’t hve anymore scenes on #GH at the moment.”

“BUT that could all change once productions starts bck up. I guess if y’all want more of #TheBritch u will hve to harass Frank and the #GH writers, it’s up to them,” she continued.

A few minutes later, the actress posted another tweet that explains a bit more of her circumstance. Thiebaud explained that she’s currently not playing any regular role on any show.

I’m just bouncing around where the work takes me. Thank you for welcoming me again back to Port Charles. Always a fun visit and let’s hope there is more to come. Love you all! Stay safe,” Thiebaud wrote.

It didn’t take too long for Thiebaud’s fans to react to her tweets. Many of them have accepted the actress’s challenge to contact the show’s bosses regarding the return of their favorite character.

As talented as she is, fans can expect Thiebaud to be involved in several other projects. She’s already made appearances on other shows like “Station 19.” Plus, she’s set to appear on “Days of Our Lives.”

Thiebaud is set to appear on “Days of Our Lives” as Zoey, Evan’s ( ) newly hired lawyer. She’ll make her debut on Salem on the week of April 13. For those who are also familiar with the soap’s production schedule, “Days of Our Lives” films their scenes months in advance.

The actress filmed her role eight months ago and it’ll just be a short stint. Zoey will stir up some trouble the moment she steps foot on Salem. Upcoming episodes hint that she’ll cause a few problems for Rafe Hernandez (Galen Gering). This isn’t the first time she had a gig on the show. Back in 2011, she played the role of Alicia.

It was revealed that the role of Zoey was supposed to be portrayed by Alyshia Ochse. But it wasn’t clear why the casting was changed.

General Hospital Spoilers: Sasha Has Carly Over Her Shoulder – And Wants Her Gone

The Bold and the Beautiful Rumors: Flo Gets Vindictive – Determined To Oust Sally From Forrester Creations