General Hospital Spoilers: Jax Suspects Nina Still Has Feeling For Valentin – Will She Cheat On Her New Love? 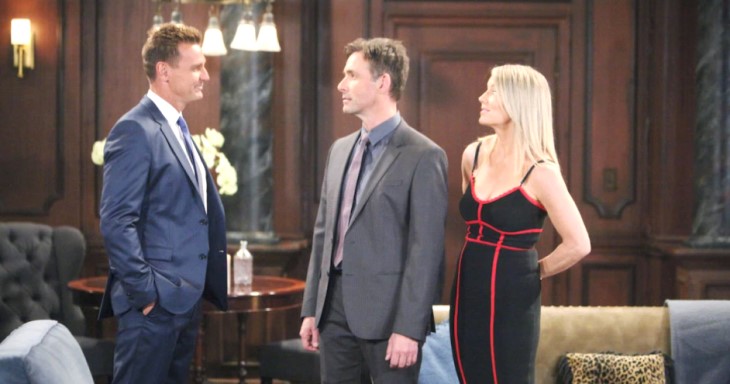 General Hospital (GH) spoilers revealed that Jasper “Jax” Jacks (Ingo Rademacher) could soon feel like the odd man out. That’s because GH viewers have watched as multiple issues seem to be cropping up in Jax’s relationship with Nina Reeves (Cynthia Watros). Now, fans have seen Jax confessing to Alexis Davis (Nancy Lee Grahn) that he knows something is going on, but he can’t put his finger on exactly what.

GH viewers know that so far, Jax’s relationship with Nina has been all about escapism and fun for the two of them. Neither has exactly pulled out all the stops in an attempt to move their relationship on down the road to “the next level.” In other words, no one has expected Jax to head out to the jewelry store in order to purchase a gigantic diamond to put on Nina’s finger. There are no wedding bells expected between Jax and Nina … at least not yet. Even so, it’s not likely that Jax sees Nina as a love doll and nothing more.

Because Jax might actually care for Nina (and some GH fans would argue that this is obvious) viewers have seen him put up with things that some other men wouldn’t. For example, GH viewers have seen Jax restrain his temper after Charlotte Cassadine (Scarlett Fernandez) tripped him not long ago. Remember, Jax ended up face down on the floor of a restaurant in front of all the diners. Thankfully, Jax’s pride alone might have been damaged, but he could have been hurt much worse.

Then too, viewers have seen Charlotte go bananas, screaming about how Nina needed to get back together with her father, Valentin Cassadine (James Patrick Stuart). Many noted the annoyed look on Jax’s face when that happened, but he quickly regained composure and behaved in a tolerant, understanding manner toward Charlotte.

The truth is, some GH fans believe Jax got himself into a situation where he’s in over his head when it comes to the drama that surrounds Nina. Many would agree that Jax has plenty of his own issues to deal with vis-à-vis Carly Corinthos (Laura Wright) and her refusal to see that she’s continually putting their mutual daughter, Josslyn Jacks (Eden McCoy) in danger due to her relationship with Mafioso, Sonny Corinthos (Maurice Benard).

Despite his own problems, Jax might not have signed up to get caught in the middle of an extremely dysfunctional relationship dynamic. No one can argue that the relationship between Nina, Valentin, and Charlotte is a good and healthy one.

It’s quite possible that Jax basically stepped unknowingly into a situation where angels would fear to tread.

It might not happen now, and it might not happen six months from now, but many GH fans think Jax and Nina are headed for a breakup. Unless Nina is able to resolve issues surrounding her own involvement in the lives of both Valentin and Charlotte, she’s just not going to be as free emotionally or mentally as Jax obviously desires. Nina’s got to be present. Nina’s got to be with Jax.

If Nina can’t do that then viewers just might see Jax regretfully pull the plug and move on.

Emmerdale Spoilers: New Series Created By The Cast In Order To Lift Spirits Through Song