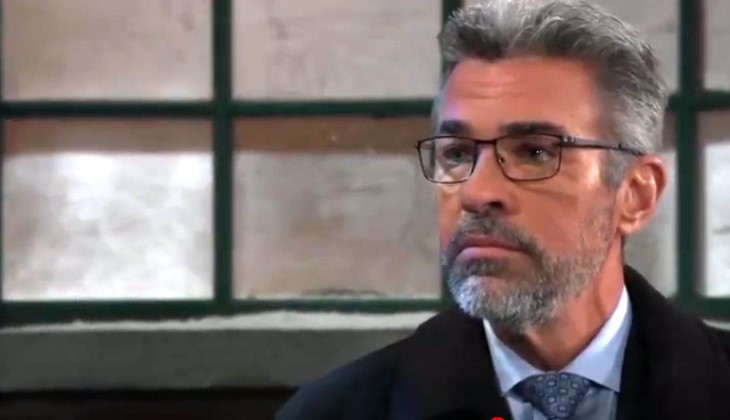 General Hospital (GH) spoilers suggest that Mac Scorpio (John J. York) could discover the truth behind Jordan’s accusations against Marcus Taggert (Réal Andrews) and her former teammates from the DEA. While Jordan’s motives are all about saving her son from the criminal mastermind, Cyrus Renault (Jeff Kober), will Mac (or anyone else) forgive her when the truth comes out? 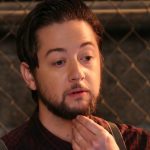 GH viewers may recall that recently Laura Spencer (Genie Francis) asked Mac to begin an investigation into what exactly is going on with Jordan Ashford (Briana Nicole Henry). When Jordan came out of her office after making a detailed confession to an internal affairs agent, Laura couldn’t believe her ears. Jordan let Laura and Mac know that she believed Taggert and her former teammates manufactured and planted evidence against Cyrus.

Of course, this was too much for Mac who nearly blew a gasket. After Jordan walked off, Mac let Laura know in no uncertain terms that Taggert was one of the most honorable cops he’d ever worked with. Mac refused to believe that Taggert would break the law in order to (ultimately) uphold it.

GH Spoilers – Jordan Ashford Could Be In Trouble

Many GH fans have watched over recent months as Jordan has seemingly bumbled around Port Charles. As the city’s police commissioner she has appeared singularly inept. Viewers have watched as Jordan has sparred with Cyrus Renault and each time, the drug kingpin has outmaneuvered her. At the end of the day, Cyrus began blackmailing Jordan after kidnapping her son, TJ (Tajh Bellows). Jordan felt she had little recourse but to do exactly as Cyrus demanded of her.

Cyrus’s latest command was for Jordan to find a way to exonerate him, get him removed from prison, and ultimately set free. Of course, if Jordan refuses, TJ’s life is on the line. Viewers may have sympathized with Jordan. After all, it appears that the police commissioner is between a rock and a hard place! The only recourse she can think of is to simply cave to Cyrus’s orders.

Of course, obeying Cyrus at this point means that Jordan would have to confess to her role in framing Cyrus in the first place. Once that happened and internal affairs confirmed the story, Jordan and Cyrus would essentially trade places.

However, Sonny Corinthos (Maurice Benard) and Jason Morgan (Steve Burton) had a stroke of genius and came up with a plan to save both TJ and Jordan. The only catch was that Jordan had to throw the honor of her dead teammates, including Taggert, under the bus.

With Mac on the case, however, Sonny’s genius plan could be at risk.

While there isn’t much love lost between Sonny and Mac (or Mac and Jason), Mac seems to give the Mafioso and his enforcer a modicum of respect. If Mac finds out on his own, through his own sources and without context, that Jordan has been lying all this time and that she’s acted like a dirty cop … he may have little sympathy for her.

On the other hand, if Mac learns the truth through a conversation with Curtis Ashford (Donnell Turner), or if Sonny discovers Mac is investigating and chooses to bring him in on the plan, it’s possible that Mac could become an ally. If Mac can be convinced of the necessity of Sonny’s plan … then all may be good for Jordan. After all, someone might remind Mac that he too has elements of his past he’d rather wish were forgotten.

If Mac remains stubbornly principled, however, Jordan’s plan (and TJ) may be dead in the water.

The Bold and the Beautiful Spoilers: Shauna Packs Up And Moves To Vegas, Ridge Tags Along

Days of Our Lives Spoilers: Hope Haunted By Gina Memory – Does The Princess Still Live?