General Hospital News Update: James Patrick Stuart Opens Up About The Loss Of A Loved One To COVID-19 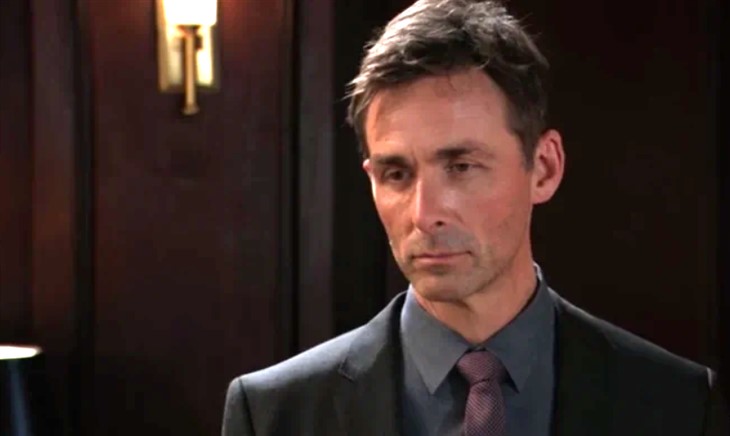 ABC General Hospital spoilers reveal that James Patrick Stuart, who plays Valentin Cassadine, has been affected by the coronavirus pandemic. He has gone on social media to share the news of the loss of a person close to him who succumbed to the virus.

According to Stuart, he is now mourning the loss of a cherished friend who has died after contracting COVID-19.

The actor shared on Twitter, “I’ve known people who have survived COVID but unfortunately now find myself having lost a friend of 25 years to it. Hard not to wonder if he’d still be alive if we’d collectively been given more coherent direction earlier on & all been willing to follow it.”

We extend our deepest sympathies to the actor following the loss of his dear friend.

Stuart, who was born in 1968, plays Valentin Cassadine on the ABC soap and for his portrayal of the stunningly deceptive villain he earned a Daytime Emmy Award nomination for Outstanding Supporting Actor in a Drama Series in 2020.

The California native spent much of his childhood in recording studios as his father Chad Stuart was one half of the 1960s duo Chad & Jeremy. When Stuart began acting as a child he used the name, Patrick Stuart.

Stuart’s many credits include the TV series Galactica, and the 1993 film Gettysburg and its 2003 prequel Gods and Generals. He has also appeared on CSI, Andy Richter Controls the Universe, The Closer, 90210, Still Standing, Seinfeld, and Supernatural.

His voice work includes Avalanche on Wolverine and the X-Men, Private the Penguin, and Joey the Kangaroo in Nickelodeon’s The Penguins of Madagascar, Cpl. Griffen in Call of Duty: Modern Warfare 3, and Pvt. MacGregor in Call of Duty 2.

From 1989 to 1992, he played Will Cortlandt on the ABC daytime drama All My Children.

Stuart lives in Los Angeles with his wife, Jocelyn, and their two sons

General Hospital Spoilers – What Will Valentin Cassadine Do Next In Port Charles?

Valentin pulled off a coup recently by acquiring enough shares of ELQ to become the chairman of the board of directors. What he does next will no doubt confound the company but he is also on track to win back Nina Reeve’s (Cynthia Watros) heart if he has his way!