Emmerdale Spoilers: Charity Continues To Worry About Vanessa, Will She Try To Fight Her Cancer Alone? 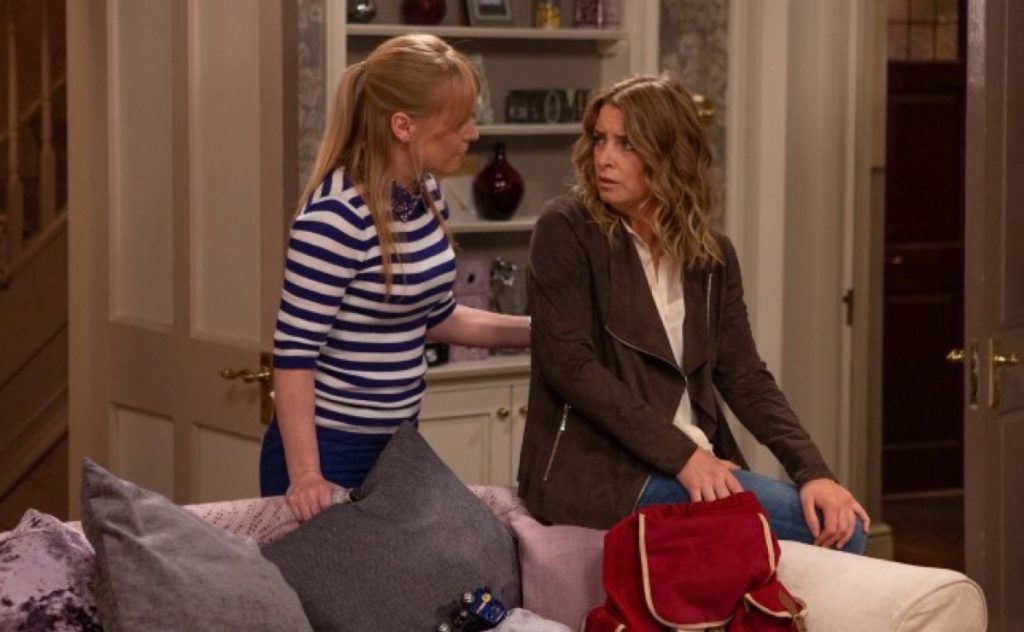 Emmerdale spoilers hint at Vanessa trying to deal with her fight with cancer by herself. Vanessa has been going through a hard time ever since she found out that she has bowel cancer. Will her fight lead to cutting herself off from the ones she loves?

When Vanessa Woodfield (Michelle Hardwick) found out about her bowl cancer, she did not have time to process it since she was soon kidnapped by Pierce Harris (Jonathan Wrather) and held captive. Pierce ended up being the first person to find out about her illness other than her doctor.

Throughout the time of the kidnapping, he put into her mind that she would be dying of the disease, and that was the reason that he was keeping her away from her son. Now that she has been saved from the hands of Pierce, she has to continue dealing with her cancer and fear what she might lose if she does not beat it. When she went to the doctor, she had not told any of her loved ones about her illness and instead debated about when/ if she would tell her loved ones about her cancer.

Emmerdale Spoilers- Charity does not take the news well

When she did decide to tell Charity Dingle (Emma Atkins) the next day, Charity did not take the news well and instead distanced herself away from Vanessa for a while. When Vanessa realized that Charity was not taking the news well, she decided to go to her first appointment on her own.

When Charity found out about that, she asked why Vanessa did not tell her about it, and Vanessa told her it was because of her reaction to hearing the news. She felt like she was alone in the fight because Charity decided to leave to go to work right after hearing the news about Vanessa’s illness. In the episode that aired on the 3rd of March, Vanessa is in pain because of her cancer, and Charity sees it. Still, it seems like Vanessa will not tell Charity about the pain that she is in and will try to keep it under wraps.

What do you think? Will Vanessa continue to hide her symptoms from Charity? Will Charity be able to find a way to be a support system for Vanessa? Come back here often for Emmerdale spoilers, news, updates, and rumors!

The Young and the Restless Spoilers: Tessa Playing Hardball – Refuses To Forgive Mariah