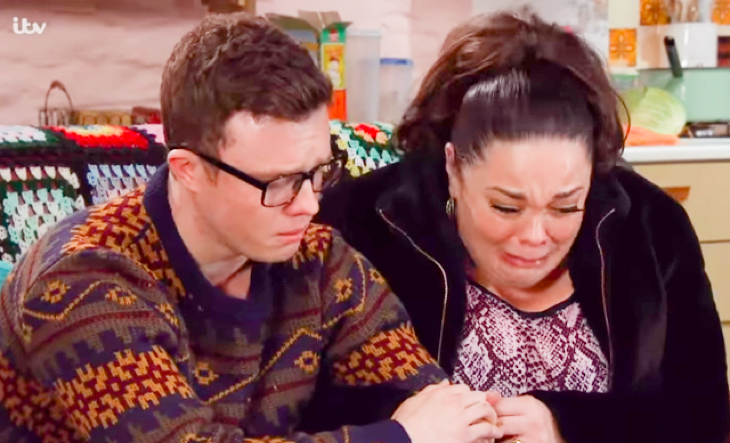 Emmerdale Spoilers hint that Vinny Dingle (Bradley Johnson) and Mandy Dingle (Lisa Riley) will get a blast from the past. This will come in the form of Vinny’s father, who will be making his way into the village. This may cause trouble for the pair who have learned to depend on one another. How will they deal with this? 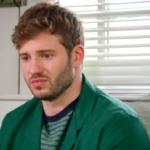 Viewers have recently learned about the past of involving Vinny and Mandy recently after an incident involving a ring that had been pawned off. As viewers know, Samson Dingle (Sam Hall) had pawned off his father, Sam Dingle’s (James Hooton), ring in order to go on a school trip that would allow him to meet his pen pal. Vinny found out about this after seeing Samson try to forge his father’s signature.

When he called Samson out on this he admitted that he had not been given the school trip from his school but instead stole and pawned of Sam’s ring but was planning to get back after the trip. However, when he was found out, Vinny decided that he should take the blame for Samson’s actions instead. When the truth came out about the ring as well as Vinny’s true identity, he was accepted as a Dingle as he had shown the qualities of a Dingle.

Emmerdale Spoilers – Vinny’s Dad Is Back

It did not seem like Vinny’s biological family would ever come to the village, but in upcoming episodes, viewers will be meeting a member of Vinny’s family.

Emmerdale Spoilers: Mandy Sticks Up For Dan – Determined To Find Who Hurt Him https://t.co/d1AoAny7bq pic.twitter.com/5QF9LcmwB5

Viewers can look forward to the introduction of this new character and may find that he brings trouble along with him as he has been out of Vinny’s life this whole time. What do you think? Will Vinny’s father only cause trouble, or has he changed since Mandy last saw him?

What could his reason for being in the village be? Be sure to catch up on everything happening with the soap right now. Come back here often for Emmerdale spoilers, news, updates, and rumors!

Days of Our Lives Spoilers: John Panics As Marlena Gets Another Procedure