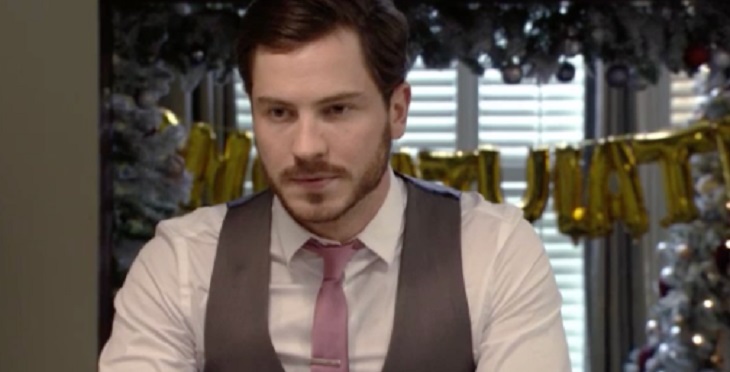 EastEnders’ Gray Atkins is known for abusing his wife, Chantelle, and so far the children haven’t seen this, but this could change.

EastEnders fans have watched Gray Atkins (Toby-Alexander Smith) abusing his wife Chantelle (Jessica Plummer) on a regular basis. Despite the fact Gray is in therapy, things haven’t changed, as he continues to take out his anger on his wife. So far, their children Mia and Mackenzie, haven’t directly seen what is going on, but according to Smith, this could tragically change.

Chantelle had recently had enough of Gray’s abuse, which led to him attending therapy sessions in an attempt to manage his anger. At first, he wouldn’t open up to the therapist and be honest about his actions, but eventually he did admit to his anger and his abuse of his wife.

While therapy appeared to be helping, he didn’t take long for Gray to get back his old ways. He managed to convince Chantelle to renew their vows. However, Gray went on to rape her on their wedding night and his anger led to him breaking Chantelle’s arm.

The Mirror interviewed Toby-Alexander Smith about the violence of his character, Gray. Smith told them Gray’s “problems are so deep rooted,” it would take much more than a few therapy sessions to get him to improve his behaviour. In fact, it will take a lot for Gray to realise the errors of his ways.

Smith continued by saying Gray is so disillusioned by what he is doing right now, something big will have to happen to get him to change his ways.

EastEnders Spoilers: Linda Puts Son In Danger – Should She Be Banned From Seeing Ollie Until She Goes to Rehab? https://t.co/KHsPIKVvJB pic.twitter.com/VO14TZapDN

Toby explained that Gray has lost his mother, plus his father isn’t around anymore. Much of his issues relate to his father’s treatment of his mother, which often is the case with abusive partners. While this isn’t an excuse for Gray’s behaviour, it does give an understanding of where it is actually coming from.

So far, despite Gray being regularly violent towards Chantelle, their children, Mia and Mackenzie have no knowledge of their dad’s behaviour to their mum. However, according to Smith, this could change. When the Mirror asked him about this, Toby said this is something they are exploring, as it is a very important aspect to consider, especially that children are pretty savvy about the arguments going on between their parents.

Keep watching EastEnders on BBC One to find out what happens in the Atkins household in the future.

Days of Our Lives Spoilers: Still Hope For WilSon, Can Will And Sonny Overcome Murder Drama And Evan Fiasco?

The Young and the Restless Spoilers: Amanda’s Trouble Arrives – Past Problems Return With a Bang