Eastenders Spoilers: Mick Tries Saving Marriage, But Linda’s Gone – Can He Find Her Or Is It Too Late? 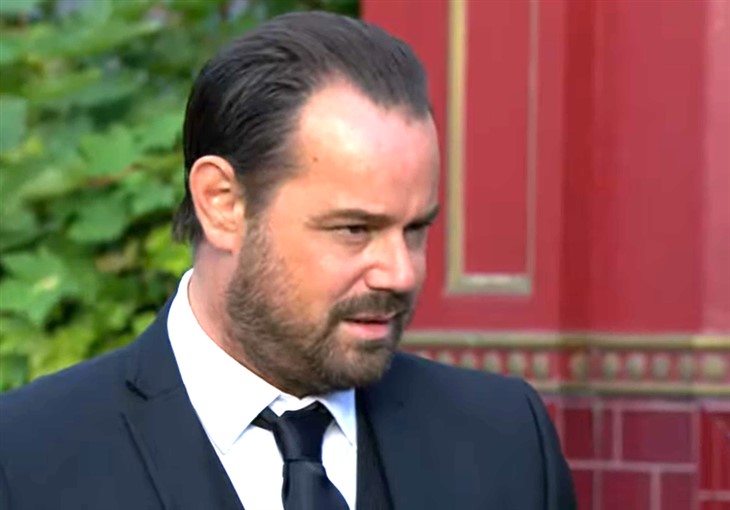 Eastenders spoilers reveal that In Walford Linda Carter (Kellie Bright) has been having an affair with Max Branning (Jake Wood). However, Mick Carter (Danny Dyer) decides at the last minute to tell Linda the truth and desperately runs home… but she’s already gone. Can he catch her before she leaves for New Zealand or is it already too late to save his marriage?

For the past few months, Mick has been struggling with the memories of being sexually abused by Katy Lewis (Simone Lahbib) while in a care home. She actually came to Walford, but wouldn’t admit to anything. Instead, she used gaslighting and other manipulation techniques to prevent the truth from getting out. Meanwhile, Mick didn’t feel he could talk to his wife about what happened to him or what was currently going on. He just didn’t know how to say it with words.

Eastenders spoilers reveal that while Mick has been alienating everyone he cares about, Linda was also struggling. She didn’t understand what happened to her marriage. Even though Mick wasn’t rejecting her, he just didn’t know how to handle the trauma, Linda doesn’t know any of this. She has felt rejected, abandoned and lonely. Eventually, Mick pushes his wife right into the arms of another man.

After Max and Linda slept together, he wanted her to leave Mick. He surprised her with tickets to New Zealand, where he wants them to start their new lives. However, just walking away from a long marriage isn’t easy. Plus, there is something deep within Linda that wants to know what’s been going on. However, she has been unable to get Mick to open up.

In a new trailer, Max pressures Linda to hurry up and make a decision. Then, he gives her the tickets and says they’ll meet at a specific location in London. He goes as planned and waits to see if she shows up. Meanwhile, Linda is struggling over what to do. Eventually, she packs up her bags and leaves.

Eastenders spoilers reveal that Mick will realize that he’s about to lose his wife to Max. He decides that Linda needs to know the truth and runs home to try and save his marriage. He searches every single room, but Linda is gone. Then, we see footage of Mick running through Walford and we are betting that he hopes to stop her from going to New Zealand. However, will he catch her in time or is it already too late?

Mick and Linda are a fan-favorite couple and they have really been through some intense storylines over the years. Despite everything that could have ripped them apart, they managed to stay together. We are betting that Mick is able to stop her from going to New Zealand, but it will be at the last possible second. Once she finds out what Mick has been silently dealing with, we think that she will stay. After all, she still loves Mick. If she had fallen out of love or found herself in love with Max, she would have already been gone. As long as there is still love, Mick and Linda have a fighting chance.