Days Of Our Lives Spoilers: Steve Bonds With Hope Over Brain-Chipping and Adrienne’s Death 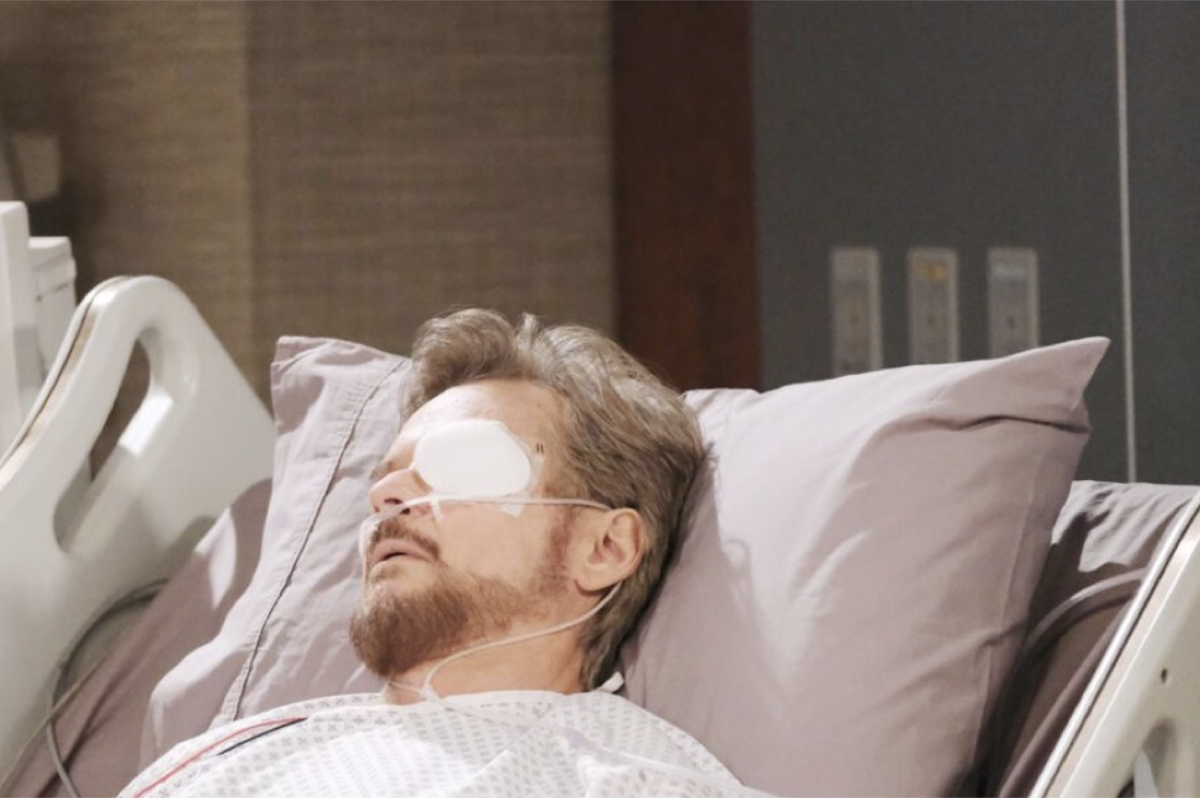 Days of Our Lives spoilers for the week of April 20 reveal that Steve Johnson (Stephen Nichols) and Hope Brady (Kristian Alfonso) will bond. The two not only were victims of Dr. Wilhelm Rolf’s (William Utay) brain-chipping, but both were other people during Adrienne Kiriakis’ (Judi Evans) funeral. Having gone through similar experiences, they will connect and perhaps will help each other cope.

DOOL spoilers reveal that Steve is still unconscious following his brain-chip removal surgery. However, he will eventually wake up. After he regains his memory, he will be dealt with several blows. He will learn all the horrible things he did as Stefano DiMera. He will also have to deal with Dr. Kayla Brady (Mary Beth Evans) already moving on with Justin Kiriakis (Wally Kurth).

Days of Our Lives Spoilers: Nicole And Eric’s Wedding Surprise – Another Proposal Ahead

It is teased that Hope will also be dealing with quite a bit. She remembers bits and pieces from her time as Princess Gina von Amberg. She has a tremendous amount of guilt. Fans can expect her to try and cope with the things she did. Even though she was literally not herself, she still feels responsible and doesn’t know how to make things right.

Days of Our Lives spoilers reveal that both Steve and Hope were victims of Dr. Rolf. They will both understand that, but it doesn’t make them feel any less guilty. Perhaps by having one another to talk to, they can help each other find ways to cope.

Days of Our Lives Spoilers: Devastated Sarah Gets The Shock Of Her Life When She Realizes She’s Pregnant Again https://t.co/j0UKU6uopY pic.twitter.com/jbwdXtDaBj

It is suggested that Steve and Hope will also mourn the loss of Adrienne, as well as losing their loved ones. In the spring preview clip, Steve is seen sobbing after being told that Adrienne was dead. He will go to visit her grave with flowers.

As for Hope, she is seen talking about how much she misses “him” and that she loved him so much. Could she be thinking about her most recent failed relationship, Rafe Hernandez (Galen Gering), or how her life fell apart after Bo Brady’s (Peter Reckell) death?

What do you think is going to happen with Steve Johnson and Hope Brady in upcoming episodes? Can they help each other get through this ordeal? Who is the “he” that Hope is referring to? Fans will have to keep watching to see what happens next.

The Bold and The Beautiful Spoilers: Bill and Katie Talk About The Future – Can She Forgive Him and Take Him Back?