Days of Our Lives Spoilers: Shawn Is Back As Rafe Calls In Reinforcements – Is This The End For Princess Gina? 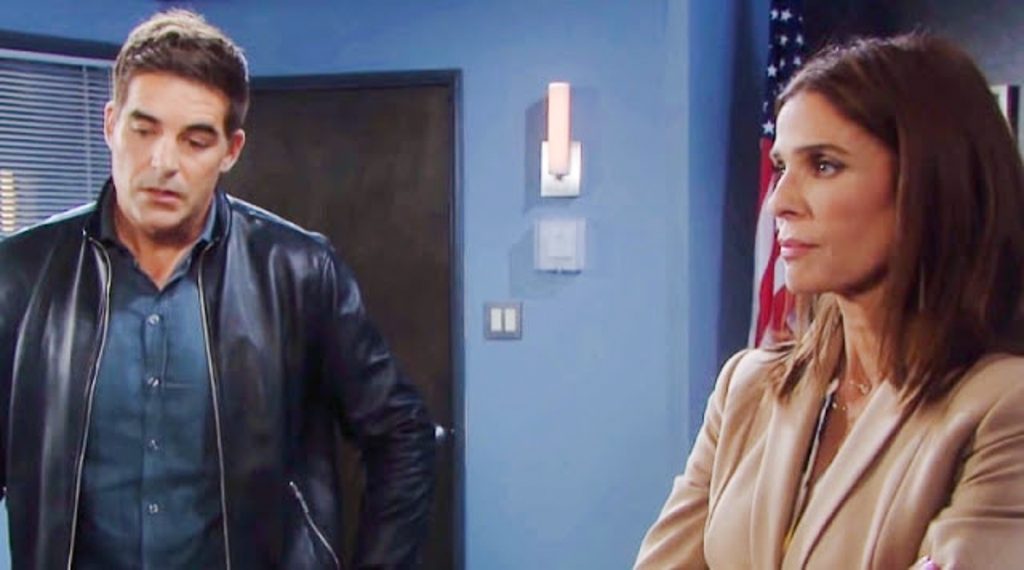 Days of Our Lives spoilers tease that Rafe Hernandez (Galen Gering) will call in reinforcements to help him figure out the changes in “Hope Brady” (Kristian Alfonso) and Shawn Brady (Brandon Beemer) will return to Salem to help Rafe out!

This, of course, refers to Shawn-Douglas Brady, Hope and Bo Brady’s (Peter Reckell) son and the father of Claire Brady (Olivia Rose Keegan) and husband of Belle Black Brady (Martha Madison). He is also Ciara Brady’s (Victoria Konefal) big brother. He was last seen a few months ago, or accounting for the Days of Our Lives one year time jump, a couple of years ago when Claire was put into Bayview. Rafe will have a distinct advantage in figuring out Hope’s bizarre behavior for over the past year and some months, considering Shawn-Douglas is not only her son, he went to police academy.

Plus, Shawn will remember that when he was nine years old, Hope was having some mental problems, likely as the result of the control chip implanted by Stefano DiMera (then Joe Mascolo) nine years earlier that is a brainwashing device to make Hope think and act like she was Princess Gina (Kristian Alfonso). Back then, it was thought to be dissociative identity disorder, and she suffered another bout in 2011, brought on by the effects of a sleeping pill. The control chip, as Days of Our Lives viewers will recall, was never removed from Hope’s brain and was reactivated and upgraded by Dr. Wilhelm Rolf (William Utay) when he put a device in her neck.

Shawn and Rafe will work together to figure out what happened to Hope. Rafe doesn’t know anything about Princess Gina, but Shawn remembers. This will probably be a case solved very quickly because Shawn will know exactly what happened when Rafe tells him about the results of dusting the tiara he found for prints, and the report coming back that Hope’s fingerprints as well as Rolf’s were found on the tiara. Rafe will be at somewhat of a disadvantage, however, because Hope fired him. He won’t have access to the evidence and it will likely have all been deleted from the police files because she is under the influence of the Princess Gina persona.

Since there cannot be an arrest because the evidence has been compromised or deleted, Shawn may have to make the difficult decision to have his mother committed at least for a 48 hour psych hold to Bayview, if he can make it stick; but if he cannot prove his mother is a danger to herself or others, he can’t even use that option! However, there is a good chance once Shawn educates Rafe about Princess Gina, and how his mother has manifested similar behavior in the past and was found to be mentally ill, Dr. Marlena Evans (Deidre Hall) will probably be consulted, and she will remember what happened before and possibly have some records of Hope’s prior Princess Gina problems. Then John Black (Drake Hogestyn) will likely be brought in because Marlena will know Princess Gina is associated with Stefano DiMera (Stephen Nichols) and the four together will work to get Hope and Steve Johnson (Stephen Nichols) deprogrammed so they can be themselves again!