Days of Our Lives Spoilers: Roman and Hattie Spring Into Action – Unlikely Duo Save Marlena? 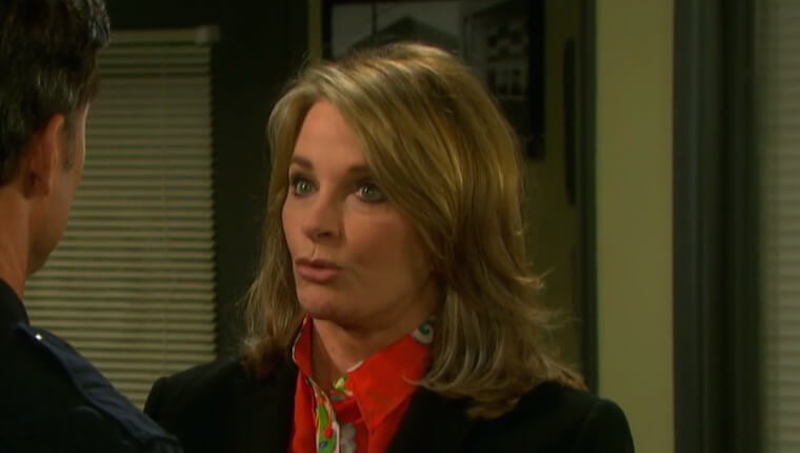 Days of Our Lives spoilers reveal Roman Brady (Josh Taylor) and Hattie Adams (Deidre Hall) spring into action. It must have something to do with Dr. Marlena Evans (Deidre Hall) going missing. Perhaps even Justin Kiriakis (Wally Kurth) trying to negotiate with Stefano DiMera (Stephen Nichols) for Dr. Kayla Brady’s (Mary Beth Evans) release. Keep reading to find out what could happen on the NBC soap opera.

DOOL spoilers reveal Roman will go into a rage and his anger is directed toward Kate Roberts (Lauren Koslow). He already has plans to fire her from Brady’s Pub after learning she was working with Stefano and Princess Gina (Kristian Alfonso). Hattie tries to save her job, but it doesn’t look like she is going to succeed. Yes, Kate eventually died the right thing, but she acted a little too late.

Days Of Our Lives Spoilers: Evan’s World Comes Crumbling Down – A Devastating Confessionhttps://t.co/mQgI4O2YqG

As for Hattie, she has gone through a bit of a character evolution. Previously, she was a joke character. However, these days she is actually doing something to help someone else. Take for example the hilarious moment when she tricked Stefano. Thinking she was Marlena, he started putting the moves on Hattie. She reacted by passionately going “all in.” Imagine Stefano’s shock when he realized he wasn’t’ making out with his Queen of the Night, but her goofy doppelganger!

It might not be the only time that Hattie saves the day by impersonating Marlena.

Days of Our Lives spoilers reveal Marlena is going to go missing. It happens after she and Justin try to negotiate with Stefano for Kayla’s release. So, when does she go missing? Does she actually voluntarily go with the villain to save Kayla? Or does she end up getting kidnapped? That is the big question and it will lead John Black (Drake Hogestyn) to go on a desperate search for “Doc.”

Days of Our Lives Spoilers: Hattie Adams an Unlikely Hero

It is suggested that Roman and Hattie “spring into action.” It must have something to do with Marlena. Hattie isn’t a likely hero, but perhaps her looking exactly like Marlena might end up saving lives this time. Could she trick Stefano once again and get Marlena free from her captor? That is what some fans are thinking. To find out, we will have to keep watching the NBC soap opera.

The Bold and the Beautiful Spoilers: Sally’s Dream Comes True As Time Continues To Run Out