Days Of Our Lives Spoilers: Lani Attempts To Explain Her Actions To Eli, Professes Her Love 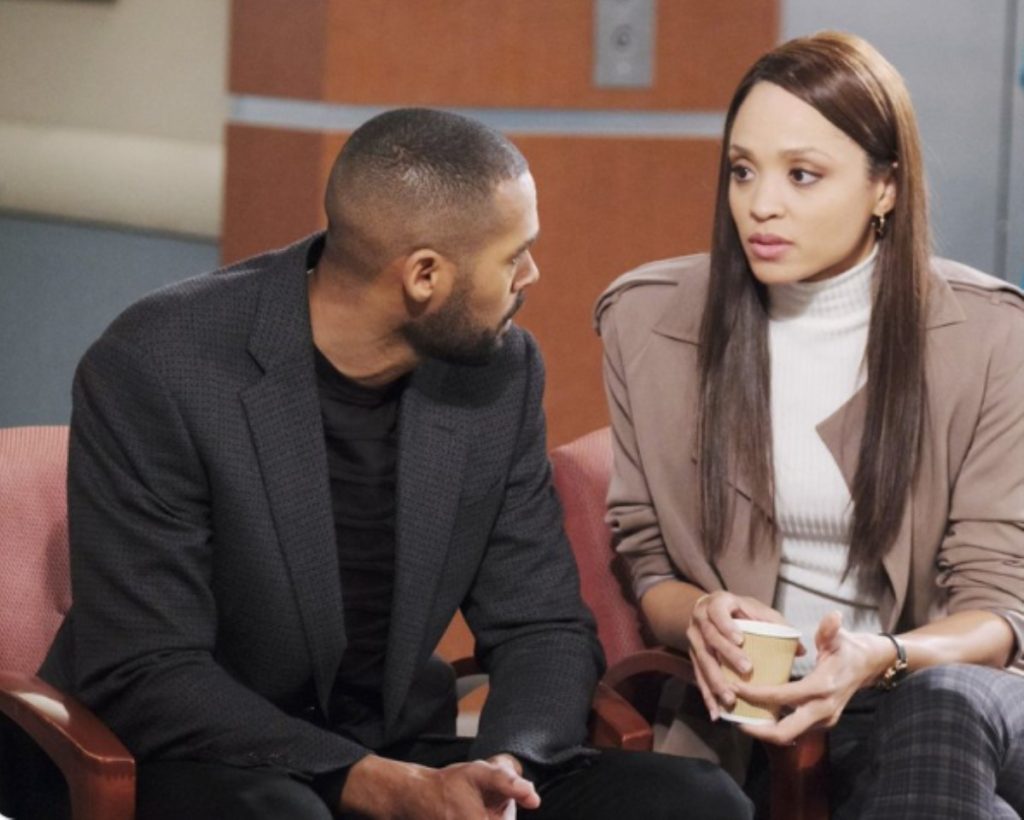 Days of Our Lives spoilers tease that Lani Price (Sal Stowers) will attempt to explain her actions to Eli Grant (Lamon Archey) in an upcoming episode of Days of Our Lives!

Days of Our Lives viewers will recall that in Friday’s episode, Lani crashed Eli and Gabi’s wedding, and walked towards them in her nun’s habit and spoke out just as Julie Williams (Susan Seaforth Hayes) was about to pronounce the couple husband and wife, and told Eli it wouldn’t work!

She went on to explain that Gabi had an app on her phone that could control the human heart, and that she had blackmailed her into dumping Eli at the altar at what would have been their wedding, forcing her to break his heart by threatening to kill Julie with the app!

Julie gasped, and JJ Deveraux, (Casey Moss) Eli’s best man verified it was true. The rest was history; a murderous Gabi grabbed her phone, used the app, Julie collapsed, and then shocked everyone including Gabi when she stood up and called her a “mendacious little bitch” and JJ explained that he short-circuited the implant of the pacemaker from Visionary Bionics that was supposed to be implanted in Julie when he got suspicious of Chris Choi (Chaz Kao), seeing him at Salem University Hospital and recognizing him.

Julie didn’t get that pacemaker implanted in her, she got one from stock that was picked for her by cardiac physicians who implanted it, so Gabi’s app didn’t work on it! JJ had successfully tricked Gabi into incriminating herself, and Rafe then had to arrest his sister instead of giving her away in marriage! Somehow in the process, Lani sheds the nun’s habit to reveal what looked like a black lace slip, much to the shock of her father, Abe Carver (James Reynolds) and Rafe as well!

Eli is still confused and needs some time to process this whole fiasco, although he could not deny what was happening right before his eyes, which pretty much proved to him what Gabi was capable of and made what Lani explained to him about why she had dumped him at their wedding and broken his heart more believable as well. He needs some time alone to process everything that has happened, and actually, his grandmother Julie does too.

They were both taken in by Gabi and had trusted her when they shouldn’t have, and although in a way it’s a relief, knowing she has misjudged Lani for hurting Eli, now that she knows the truth, it’s an adjustment for her too. It will take time for both of them to process everything that happened emotionally.

But Lani does manage to make some inroads with Eli, because after Gabi is taken away by Rafe, they kiss and she tells him she still loves him and whenever he’s ready, she’s there.