Days of Our Lives Spoilers for Wednesday, February 5: Gabi Scrambles To Keep Control – JJ And Lani Make Moves – Eric Moves Back In With Nicole 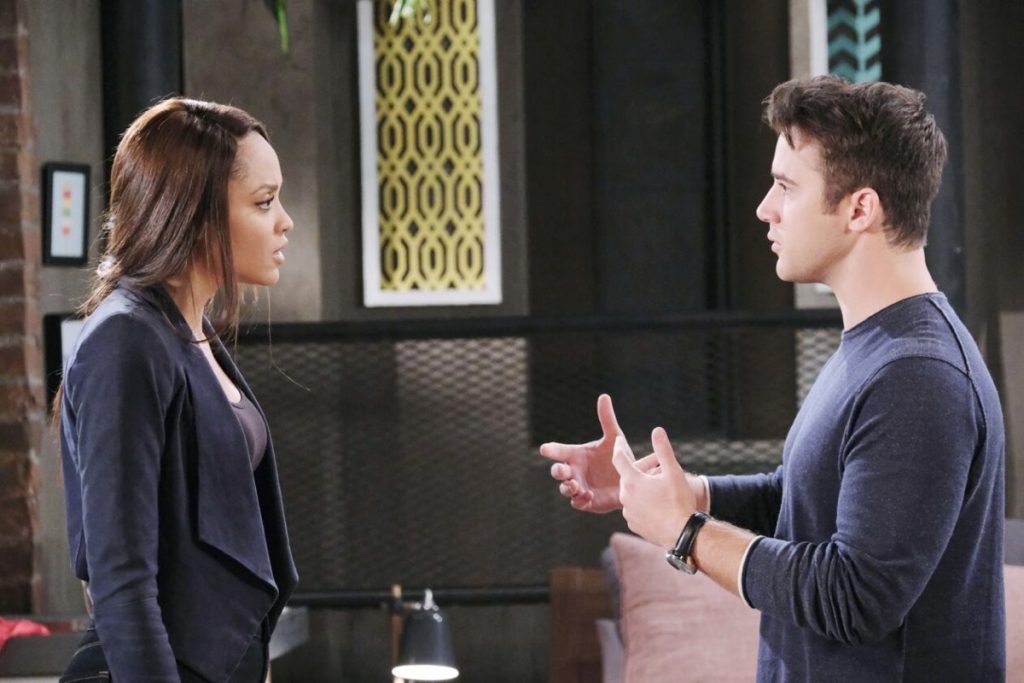 After telling Xander Kiriakis (Paul Telfer) that things weren’t how they appeared when he walked in on her and Eric Brady (Greg Vaughan) and declaring her love for him, Sarah Horton (Linsey Godfrey) spends a romantic evening with Xander.

Days of Our Lives Spoilers: Steve’s Portrait Shocks Chad and Abigail – What Could This Mean?

This will be the first time that they have made love since the time she was drunk and upset over Rex Brady’s (Kyle Lowder) betrayal of her with her own sister! Now that Xander and Sarah are officially a couple, will Xander be able to keep the secrets that could destroy their happiness secret? Or perhaps will Sarah and Xander make their own little baby this night?

Gabi Hernandez DiMera (Camila Banus) scrambles to keep control of Julie Williams’ (Susan Seaforth Hayes) heart as her wedding to Eli Grant (Lamon Archey) draws near. As Days of Our Lives viewers will recall, the app on Gabi’s phone that controls Julie’s pacemaker is her leverage to keep Lani Price (Sal Stowers) in line, and Gabi is feeling more and more pressure to make sure that Lani stays in line as her wedding gets closer, especially since she knows that the “beserk nun” who threw a large flowerpot through her store window in Horton Square was Lani!

As Gabi continues to scramble to keep control over Julie’s heart, JJ Deveraux (Casey Moss) and Lani make moves to thwart her power over her! JJ was unable to get through the security layers to be able to disable the app, but a temporary move might be to simply “borrow” her phone and let her think it’s been stolen or that she’s lost it somewhere. The key is to find out if the app and Julie’s pacemaker are synced together because they are a set or if any pacemaker control app would work. That could be difficult in itself if they have not found where Gabi got the app from – but they have to do something!

DOOL Spoilers: Eric Brady Moves Back In With Nicole Walker

Now that Eric and Nicole Walker (Arianne Zucker) have kissed and made up, and all is forgiven between the two, Eric moves back in with Nicole after being broken up for several months, since the truth came out that Eric was Baby Mickey Horton’s (the May twins) father, and not Xander, and that Nicole had known but kept the secret.

Of course, as Days of Our Lives viewers know, now there is another secret that will eventually come out, and possibly through the process of finding a bone marrow donor for baby Mickey, that he Is not the father of the baby that he and Sarah think is theirs but they are really not!

The Bold and the Beautiful Spoilers: Liam Tries To Convince Zoe That Thomas Is Using Her

The Young and the Restless Spoilers: Victor Puts Billy On Notice – Gives Stern Warning To Not Mess Up Again