Days of Our Lives Spoilers for Wednesday, March 4: Ben Flatlines – Nicole Suspects Xander and Dr. Raynor Share A Secret – Maggie Prepares To Turn Herself In 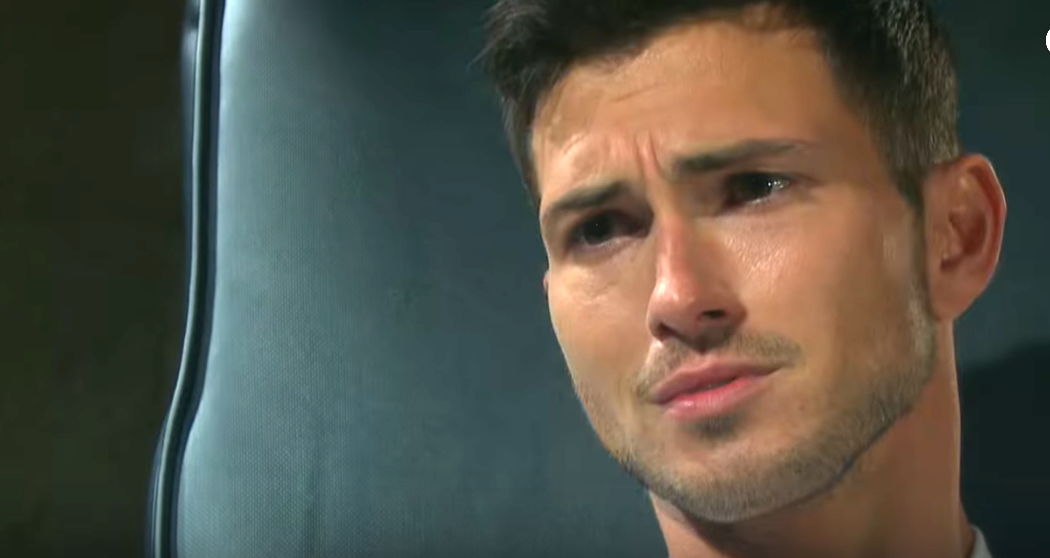 In spite of all efforts to get Ben Weston’s (Robert Scott Wilson) execution stopped, by the time it was, he had already been given two out of the three lethal injections and is ready to be given the third as Ciara Brady (Victoria Konefal) bursts in with Evan Frears aka Christian Maddox (Brock Kelly) at gunpoint!

Days of Our Lives Spoilers Tuesday, March 3: Ciara And Will Work To Exonerate Ben – Ben’s Life With Ciara Flashes Before Him – Xander Is Upset

She smashes his face against the glass of the execution chamber and forces him to admit he killed Jordan Ridgeway (Chrishell Stause) in front of God, the warden, and everyone! Marlena Evans (Deidre Hall) continues to implore the warden to put a stop to the execution even though Ben has received two out of the three lethal injections, and he eventually agrees, but then Ben flatlines! His heart actually stops, and Ciara rushes into Ben’s side and begs him to come back to her!

Presumably, after Evan/Christian is taken to the police station, or perhaps Rafe comes to the prison to arrest him, Police Commissioner Rafe Hernandez (Galen Gering) appeals to Evan/Christian to tell him where baby David Ridgeway (Caleb and Kyler Ends) is! Days of Our Lives viewers will recall that David was kidnapped by Evan/Christian and he wasn’t with him when he went to the Kiriakis mansion and pulled a gun on Sonny Kiriakis (Freddie Smith)! Evan/Christian is a hard nut to crack and he wouldn’t tell Sonny anything except that David was safe, and may try to make a deal for his freedom before he tells anyone anything about David’s location!

Nicole Walker, (Arianne Zucker) being her usual nosy self, overheard parts of an intense conversation between Xander Kiriakis (Paul Telfer) and Dr. Raynor, (Victoria Platt) the obstetrics department doctor who was paid off by Victor Kiriakis (John Aniston) to keep the switch of the real Mackenzie “Mickey” Horton (Josephine and Rosalind May) and Rachel Isabella Black (Josephine and Rosalind May) a secret.

The real Mickey died and she was switched with Rachel, Kristen DiMera (Stacy Haiduk) and Brady Black’s (Eric Martsolf) child. This action, of course, resulted in untold grief as Kristen went out of her mind with grief and accidentally killed Nurse Haley Chen (Thia Megia) by knocking her down a flight of stairs. Nicole now suspects that Xander and Dr. Raynor share a secret, and she will not stop until she knows what it is and exposes it!

DOOL Spoilers – Maggie Kiriakis Prepares To Turn Herself In

Maggie Kiriakis (Suzanne Rogers) prepares to turn herself in at the Salem Police Department for her culpability in the death of Adrienne Kiriakis (Judi Evans). Will Horton (Chandler Massey) had spent time in prison for the negligent motor vehicle homicide, and then, as Days of Our Lives viewers will recall, Maggie remembered everything that happened that night including being found passed out drunk in her car by Xander, and Xander calling Victor to come and get her.

Maggie is devastated that she caused Adrienne’s death, that Will spent time in prison, and that she could have killed her own daughter and granddaughter!

The Bold and the Beautiful Spoilers: Steffy Catches On To Thomas – Will She Stop Her Brother Before It’s Too Late?