Days Of Our Lives Comings And Goings: Casey Moss Is Back! JJ Deveraux’s Return Date Announced 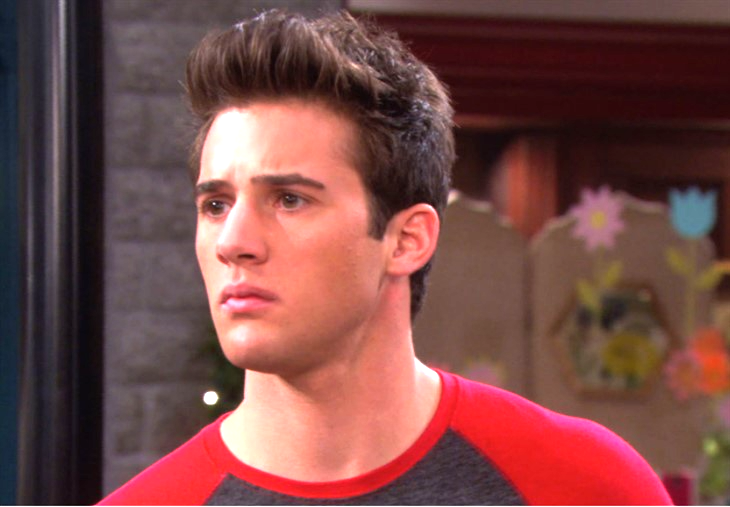 Days of Our Lives comings and goings reveal that fans have been looking forward to JJ Deveraux (Casey Moss) returning. We saw him a while back in the fall preview promo. Now, Soap Opera Digest has confirmed when we will see Jack Deveraux (Matthew Ashford) and Jennifer Horton’s (Melissa Reeves) son on-screen.

DOOL comings and goings reveal that JJ left Salem on February 18. The character has been through quite a lot. He dabbled in drugs and got on the wrong side of the law. He had a troubled romance and the girl wanted him to go on the run with her. Then, he turned his life around and became a police officer, who shot Theo Carver (then Kyler Pettis, now Cameron Johnson) and contemplated a Christmas suicide.

Next, he would become an EMT, deal with Haley Chen’s (Thia Megia) death and hunt down Kristen DiMera (Stacy Haiduk) for revenge. When JJ left, he stayed behind in Africa following Bill Horton’s (Edward Mallory) funeral.

Soap Opera Digest has listed JJ’s return date as Thursday, November 5, 2020. His parents, Jack and Jennifer, will be thrilled to see him. Abigail DiMera (Marci Miller) will be glad her brother is back, too. However, JJ is just coming back when all the drama is about to explode.

Days of Our Lives comings and goings reveal that Gwen Rizczeck (Emily O’Brien) is after the Deveraux family. She wants revenge for something and the most popular fan theory is that she’s Jack’s secret daughter. However, who is her mother and why is the family member she’s targeting the most Abigail? Will JJ end up becoming a target as well?

DOOL Comings And Goings – Other Returns

Other characters who are set to come back include Ava Vitali (Tamara Braun), who is supposed to be dead. If she is really alive, then we need to see Joey Johnson (James Lastovic) released from prison, where he is serving time for her murder.

Also, Sami Brady DiMera (Alison Sweeney) will be back before the end of the year. There is also the word from head writer Ron Carlivati that Philip Kiriakis’ (Jay Kenneth Johnson) secret partner will be coming to Salem soon.

The Bold and The Beautiful News Update: Want To Win A Special B&B Mask? Details HERE