Days of Our Lives Spoilers: Claire Tricks Marlena – It’s Not What You Think, Though 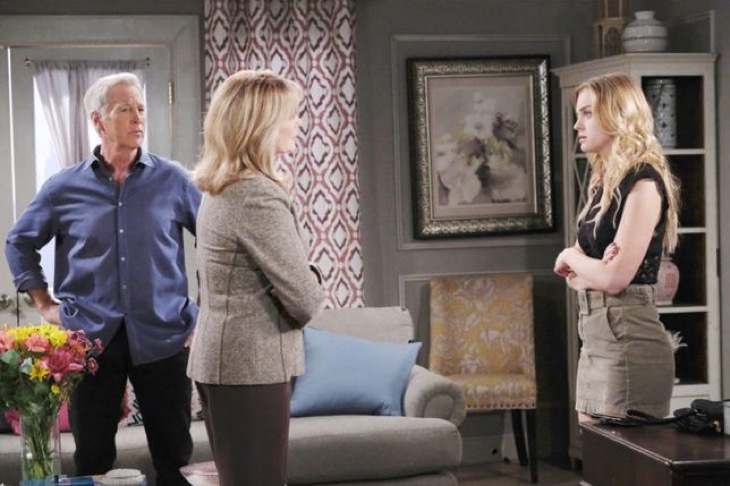 NBC Days of Our Lives spoilers and updates reveal that Claire Brady (Olivia Rose Keegan) tricks John Black (Drake Hogestyn) and Dr. Marlena Evans (Deidre Hall). “Jarlena” won’t realize it until the week of June 15, though. Now here is the real question — is Claire still dangerous? It’s all agreed on she’s manipulative and devious, but could the assumption she’s still crazy turn out to be invalid?

DOOL spoilers reveal that Claire was desperate to get out of Bayview. She claims that all her doctors claim she is the “perfect patient.” However, she seems to be rushing the decision to get out of the psychiatric hospital. There is a reason for that and it has everything to do with Ciara Brady (Victoria Konefal).

After some hesitation, Marlena talked to Claire’s treatment team at Bayview. She also scrutinized her medical file. Although she is Claire’s grandmother, she is also a respected psychiatrist. She doesn’t want her relation to Claire to cloud her judgment. In the end, she made her decision and it was in Claire’s favor.

Days of Our Lives spoilers from Soaps.com reveal that during the week of June 15, John and Marlena realize they have been tricked by Claire. However, it doesn’t state details. While many are assuming that she tricked being mentally stable, is this really it? If so, then Claire would only be in a few episodes and shipped back to Bayview. Instead, she taped more than two months worth of episodes, Keegan told Soap Opera Digest.

Related: Days of Our Lives Spoilers: Claire’s Plan To Save Ciara From Serial Killer Ben?

The publication also spoke in-depth with Keegan, who indicated that Claire has genuine intentions. She also hinted that some things happen that are not in Claire’s favor and people start pointing fingers at her. It seems as if the actress was hinting that viewers need to give Claire the benefit of the doubt. She may be dubbed “crazy,” but that doesn’t mean she’s guilty.

What do you think of Keegan hinting that Claire’s intentions are genuine? What do you think happens that has everyone blaming her? Plus, what is the deal with Gwen (Emily O’Brien) and what does she have of Jake Lambert’s (Brandon Barash) that thugs are willing to kill for? How are these stories all tied together? We will have to keep watching the NBC soap opera to find out.