Days of Our Lives Spoilers: Captors Turn Ben Back Into the Necktie Killer on Purpose 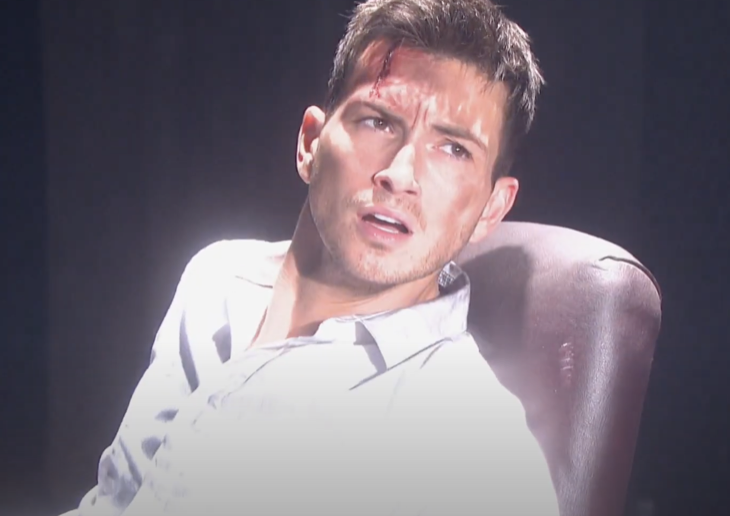 NBC Days of Our Lives spoilers reveal that Ben Weston (Robert Scott Wilson) is horrified to find out his captor’s plan. It is very likely that they want to prove Ben will always be a killer. Could they keep him from his medication so he will go crazy again? Could they turn Ben back into the Necktie Killer intentionally? How will he be saved and could people die as a result?

DOOL spoilers reveal that for the past few weeks, the writers have really been driving it home that Ben needs his medication. His fears about going back to serial killing again were soothed by Dr. Marlena Evans (Deidre Hall). His dream about Jordan Ridgeway (Chrishell Stause) served as a warning. Then, everything that went wrong before the “Cin” wedding was probably small signs that something bad was going to happen. This includes Ciara Brady (Victoria Konefal) getting sick the morning of their big day.

It is teased that Ben will learn the identity of the person who is holding him hostage. It is also stated that Ben is horrified by his captor’s demands and plans. For Ben to be truly horrified, it has to be something worse than death. What is something that haunts him to the core? It is his past when he snapped and became the Necktie Killer.

Days of Our Lives spoilers reveal that Ciara and Hope Brady (Kristian Alfonso) find Ben, but it’s too late. We don’t think “too late” means Ben dies. We think that he is transformed back into a serial killer.

Days Of Our Lives Spoilers And Recap Monday, July 27 – Claire Is Exhonorated; Allie Offers Will And Sonny Her Babyhttps://t.co/nvVnfLyjfc

Days of Our Lives Spoilers: The Reason Why

We know that Eve Donovan (Kassie DePaiva) never felt that her daughter got justice. In the past, she tried pinning murders and crimes on him, but his innocence was eventually proven. She has been so determined to “prove” that he will kill again.

Could Eve and Eduardo Hernandez (A Martinez) keep him away from his medication, guaranteeing he turns back into the Necktie Killer? That way Eve could “prove” that Ben will always kill, but she hasn’t thought of one thing — the power of Ciara’s love could overcome Eve and Eduardos’ plan. The power of love can defeat anything in soaps, including a psychotic break that pushes someone back into serial killer mode.

The Young And The Restless Spoilers: Victor Knows Adam’s Other Secret? – Kansas Isn’t The Biggest Problem