Days of Our Lives Spoilers: Brothers At War – Jack Rips Into Steve Over His Recent Behavior 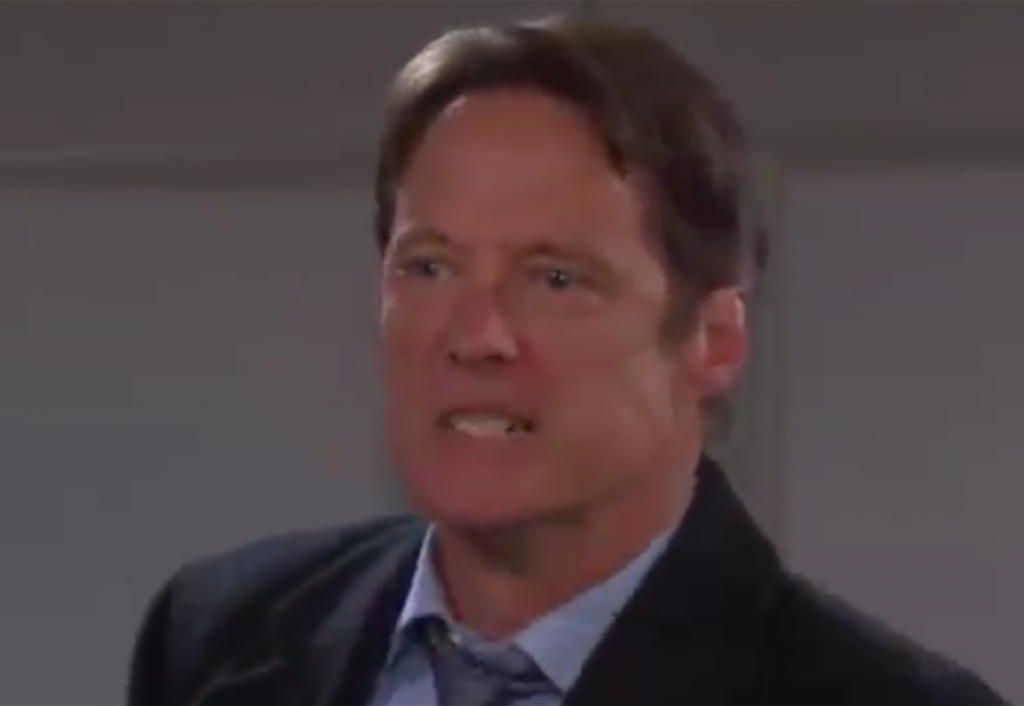 Days of Our Lives (DOOL) spoilers tease that Stefano DiMera aka Steve Johnson (Stephen Nichols) will soon have some serious fury unleashed on him. As DOOL viewers know, “Stevano” recently made himself known to Salem…as Steve. He and Princess Gina Von Amberg aka Hope Brady (Kristian Alfonso) went to Julie’s Place during the New Year’s Eve party and Stevano walked right in pretending to be Steve.

And as DOOL viewers know, this caused a serious stir, especially for Kayla Brady (Mary Beth Evans). As far as Kayla believes, Steve callously abandoned her, and she had some choice words for the man she believes is her ex-husband. She blasted him for leaving her without coming to her to talk things through, and Stevano told her that he was in love with another woman to shut her down.It was a bad scene and caused Kayla a considerable amount of heartbreak.

DOOL Spoilers: Jack Deveraux Will Have Some Choice Words For His Brother

But Kayla isn’t the only angry person that Stevano is going to have to deal with. According to DOOL spoilers, there’s someone else who will soon confront Stevano, and that’s Steve’s brother Jack Deveraux (Matthew Ashford). As DOOL viewers know, Jack and Steve’s sister Adrienne Kiriakis (Judi Evans) was killed about six months ago, allegedly by Will Horton (Chandler Massey).

As far as Jack and the rest of Salem knows, Steve deliberately chose not to attend Adrienne’s funeral or to even acknowledge her death at all. That’s something that Jack will find completely unacceptable, and when he learns about Steve’s reappearance on New Year’s Eve, he’s going to want to confront his brother.

According to Days of Our Lives spoilers, Jack will rip into the man who he believes is Steve. Jack will rail against Stevano for hurting Kayla so badly, and for disrespecting their sister’s memory. But of course Jack will have no idea that he’s actually talking to Stefano. And Stefano isn’t going to appreciate being yelled at like that, so he’ll likely struggle to keep his own temper under control.

So it seems that things just won’t be easy for Stefano to masquerade as Steve. Not only will he have to try to act like Steve and not himself as Jack blasts him for his actions, but he’ll also have to try to keep his attraction to Marlena Evans (Deidre Hall) in check and pretend to be best buddies with John Black (Drake Hogestyn), whom he can’t stand.

One wonders just how long Stevano will be able to keep his ruse as Steve going. It’s probably going to be difficult for him to keep his strong personality under wraps, but since being Steve is the only way that he can move about Salem freely, he’s really got no choice. How long do you think Stefano’s “Steve” ruse will last?

General Hospital Spoilers: Valentin Feels Betrayed, Freaks At Peter – Will He Expose Him?