Days of Our Lives Spoilers: Abigail Is Surprised to Find “Steve” With Kristen 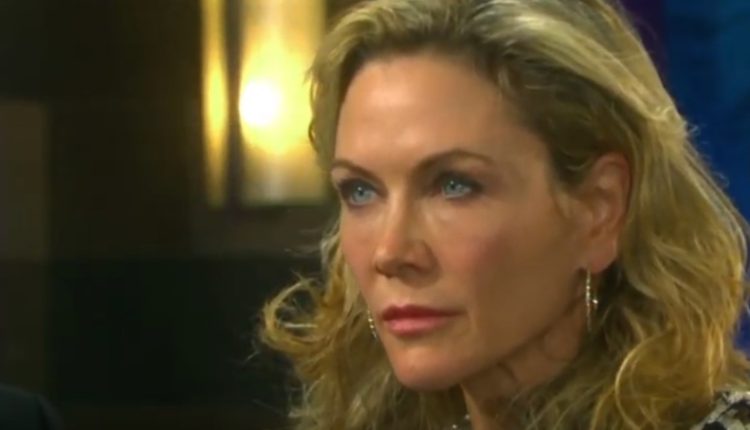 Days of Our Lives viewers will recall that Stefano came to Kristen’s suite to reveal himself to her, explain why he looks like Steve Johnson, and to give her a test; a test of her loyalty to him, her father, The Phoenix! It took some time to convince her that he really was Stefano, of course since he is in the body of a man he despises, an ironic fact which Kristen may have some difficulty not chuckling about out loud! However, he is not the only one who was looking to speak with Kristen and pretty soon there is another knock on the door!

Stefano will quickly go into his “Steve” persona and advise Kristen to see who it is. She will open the door to Abby, who will be very surprised to see Steve Johnson in Kristen’s suite! How will Stefano and Kristen explain that? Chances are, “Steve” will make a quick exit and Kristen will act like she’s glad that Abigail dropped by, because she was very uncomfortable with all of “Steve’s” questions! He may have told Kristen his cover story that he is Steve Johnson on an undercover mission trying to track down Stefano DiMera and Dr. Wilhelm Rolf (William Utay) and that is what Kristen will tell Abigail. Of course, Kristen will tell her that she hasn’t heard from Stefano herself, but that Chad DiMera (Billy Flynn) told her he had been in touch with him and was glad that he is still alive. Abby may be surprised that Steve hasn’t come to question Chad about Stefano’s whereabouts.

Days of Our Lives Spoilers: Clyde Wants To Break Out With Prison – Will Ben Come Up With A New Scheme? https://t.co/S0OonfLDGL pic.twitter.com/AjZzsbcuyn

Abigail DiMera May Be Suspicious Of Kristen DiMera’s Story

Abigail may however be suspicious of Kristen’s story, especially if she’s talked to her parents about “Steve”. As Days of Our Lives viewers will recall, Jack Deveraux (Matthew Ashford) and “Steve” got into one heck of an argument, with “Steve” finally telling Jack that he was on an undercover assignment hunting down Stefano and Rolf. Jack didn’t believe anything he said but it still won’t make sense to Abby that if Steve really wanted to find out where Stefano was, that he didn’t come to Chad yet. Kristen might tell her that he just hasn’t gotten to him and that he’s been asking several people that Stefano might contact if they had heard from him. Abigail herself has wanted to track him down and get him to meet with Chad in person forever, but he won’t do it and she finds that peculiar. However, she’ll have no choice but to roll with it and will tell Kristen if she does see him to send him over to Chad!