Days Of Our Lives Spoilers: Abigail Disappears, Chad Frantic – Is An Enemy Involved? 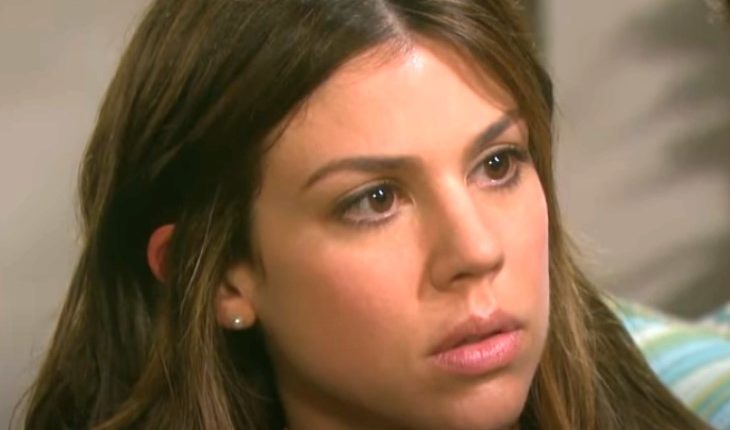 Days of Our Lives spoilers tease that Abigail Deveraux, (Kate Mansi) who is under observation at Salem University Hospital for the hallucinations she has been experiencing, will disappear from the hospital in an upcoming episode of Days of Our Lives! 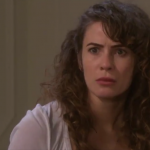 As Days of Our Lives, viewers will recall, Abigail is under observation and having tests done to see how seriously the hallucinogenic drug which she was drugged with has affected her, and to see if it has changed anything in her hormones, body chemistry or brain, since she continues to hallucinate even after it’s out of her system. This is an experimental drug not even having undergone trials that were produced by a DiMera enterprise pharmaceutical company so there is a question as to how whoever drugged her with it even procured it!

There is no history of the drug since it is new and experimental that doctors can look at and nothing in the medical literature about it, so it is unknown territory for the doctors who are trying to treat Abigail’s systems. It appears to be affecting the memory center of her brain because the hallucinations seem to be very similar to flashbacks experienced by someone with post-traumatic stress disorder. They are always of traumatic events that Abigail has endured and lived through.

They are so real to her that she tried to fight back against Chad DiMera (Billy Flynn) who happened to have taken off his necktie, flashing back to a much different Ben Weston (Robert Scott Wilson) than we see now, trying to strangle her, and then she flashed back to when Orpheus aka Milo Harp (George Del Hoyo) terrorized Salem and her mother, Jennifer Deveraux (Melissa Reeves) who she saw with bombs strapped to her. Then she has another hallucination after the drugs have passed from her system and that is why she is being held in the hospital. But suddenly – she’s gone, and no one knows where she is!

Abigail appears to have been fairly lucid since her hospital gown is on the bed and her street clothes and purse are missing. Chad is notified and tries to track her cell phone but location services are apparently turned off, and now there are big fears expressed by Jennifer that the people who drugged her may have kidnapped her! Chad says it’s doubtful that if she had been kidnapped that her cell phone would be with her, and he can’t find it anywhere at home or in the hospital, and even checked his car, but she apparently has it with her.

Nevertheless, the Salem Police are called to put a BOLO “Be On The Look Out” for her even though it is too early to list her as a missing person, and she doesn’t quite officially qualify for an Amber Alert or Silver Alert as she hasn’t been classified as unable to make her own decisions or having any disabling conditions.

The condition she has surely could be disabling if she is hallucinating so badly she doesn’t know she’s gone anywhere or where she is, but this way, a BOLO just stays with the police and law enforcement entities and won’t be embarrassing to Abigail herself as a Silver Alert could be, especially if she is on the hospital grounds somewhere, her having not been found inside the hospital.

The police, however, are advised that there is definitely an enemy or enemies who may be involved in her disappearance and the drugging is documented!