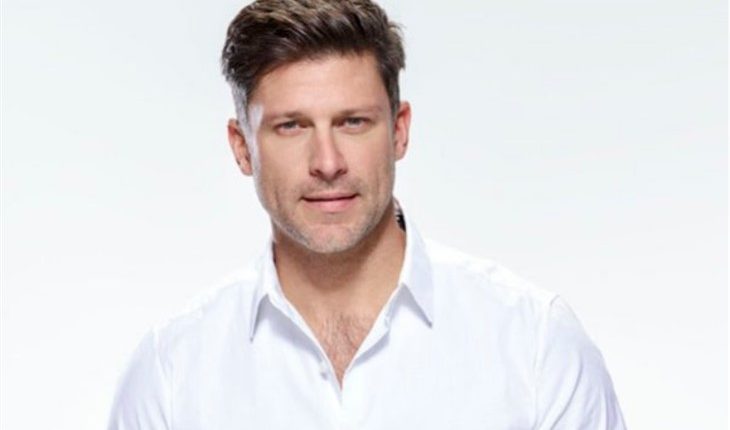 NBC Days of our Lives spoilers reveal that Greg Vaughan may have had to leave on his mind long before the recent news broke of his departure as Eric Brady. According to the handsome and talented star, he actually began to think about exiting in 2017, a year after his return. He spoke with Soap Opera Digest about his past, present, and future and here we have a bit of what he had to say.

Days Of Our Lives spoilers – Greg Vaughan Has Been Itching To Leave For A While?

Vaughan was told that he should return to DOOL as the current head writer Ron Carlivati was about to join the NBC sudser. He was interested in the idea that he and Ron would be able to talk about the character and so the idea was tempting.

Later Vaughan won the 2018 Daytime Emmy for his portrayal of the troubled Brady family member but he felt his plot was just flat-lining in his words. When he left the show in 2019 there was not much fanfare. “I never want to spoil a surprise for the viewers, by all means,” he said. “There’s still a lot of stories to come out,” he says and notes that the door to a return is never closed. He was told by the show that it will always be his home and in return, he makes it a point to say that he thinks the world of Ken Corday, the soap’s executive producer.

He says that it was difficult for him during his last day on the set. “It just made me stop and realize that I’m thankful for every day and this is a part of my journey.”

He added that he has had a blessed career and, “I’m happy to be a part of something that will forever be in history.”

Days Of Our Lives Spoilers: Ben's Free, But Tormented By Dark Sinister Feelings – Will He Kill Ciara? #Days #DOOL #DaysOfOurLiveshttps://t.co/Znx0pgHmiL

Days Of Our Lives Spoilers – What Is Going On In Greg Vaughan’s Personal Life?

Vaughan also touched on what is happening in his personal life during the interview. He is the father of three sons and he and fiancé Angie Harmon are living in North Carolina. Would he ever return to General Hospital as Lucky Spencer? He was coy and discrete at the same time, saying, “I can’t answer that 100% right now if I would or would not.”