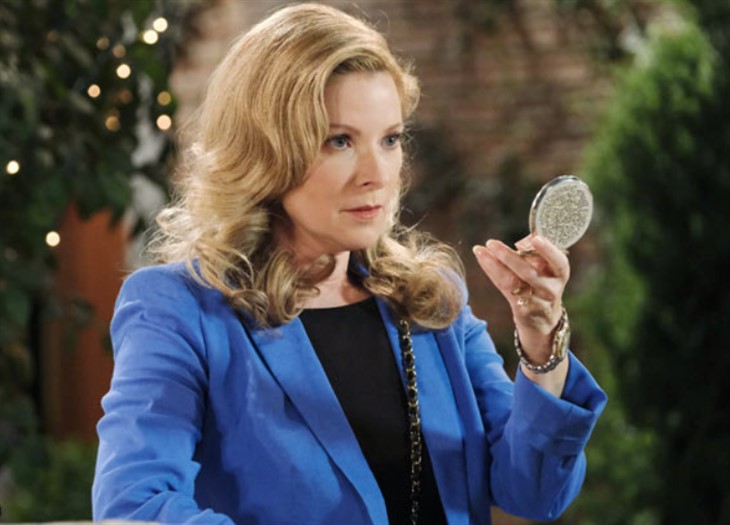 NBC Days of Our Lives newcomer Cady McClain (Jennifer Horton) says that working on the set of the hit NBC soap feels like a class reunion for her. That’s because she already knows so many people on the Salem cast! Here’s what she has to say.

Speaking to Soap Opera Digest in a new interview, the blonde beauty says that she was absolutely thrilled to see some familiar faces from All My Children when she joined the soap as Jennifer. She says that they had a big Zoom meeting before they started and that’s when everyone was so surprised to see her, including actress Sal Stowers (Lani Price), who used to play Cassandra on All My Children.

If that weren’t enough, Cady also says that she was thrilled when she got to see Robert Scott Wilson (Ben Weston) again. As many fans can recall, Ben played Pete on All My Children. Cady says that she’s been a huge fan of Robert ever since and has even been following his career now, too.

She says, “I have actually been watching DAYS just to see him, especially because of what he’s been doing, moving from being a killer to a good guy. I’m just so proud of his work, I’m just so impressed with everything that he has done so far. He’s grown so much as an actor. I’m just so thrilled for him, and Sal as well. They have both developed into these beautiful actors.”

Fans can definitely agree, as Robert and Sal are just two of many reasons why we tune in every day. Days of Our Lives airs weekdays on the NBC network. Check your local listings for times. Be sure to catch up on everything happening with Days of Our Lives news right now. Come back here often for all the latest Days of Our Lives spoilers, news, and updates.