Days Of Our Lives Comings and Goings: Tamara Braun Back As Ava Vitali 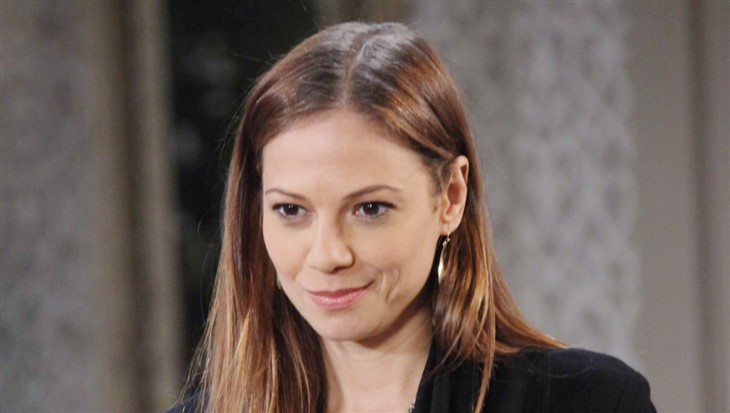 NBC Days of our Lives spoilers tease that a daytime superstar comeback is in the works as it’s just been announced that Tamara Braun is returning to the NBC sudser. According to Soap Opera Digest Braun will reprise the role of Ava Vitali who left Salem after dying in 2016.

This begs the question; will Ava be a ghost or flesh and blood? Maybe that depends on how well she knows Dr. Rolf (William Utay)!

Daytime drama fans last saw Braun at ABC’s General Hospital where she played Dr. Kim Nero. She also played Carly Corinthos on General Hospital from 2001 to 2005 and appeared on All My Children as Reese Williams in 2008 and 2009.

Days Of Our Lives spoilers – Will Ava Vitali be alive or a ghost?

The timing is curious but it makes sense because Ava’s son is also set to return to town. That would be Tripp Dalton (Lucas Adams).

The character of Ava departed after Tripp’s half brother Joey Johnson (James Lastovic) smothered Ava with a pillow. She was bad to the bone, but did she really deserve to suffocate to death?

Then again, maybe she didn’t. Soaps are known for their back from the dead fetish, but Salem ranks right up there with a dedicated doctor, Dr. Rolf, who seems to like nothing better than to tinker with the dearly departed. Braun won a Daytime Emmy Award for the role in 2009. She debuted as a mystery woman from Steve’s past but was also a mob family member.

DOOL Spoilers – Are you looking forward To Ava Vitali’s return?

Tripp is the son of Steve Johnson (Stephen Nichols) and Ava and when he was born he was sold to the black-market by his grandfather. He was sold to the Dalton family and they treated him very badly which led to his looking for his biological parents.

He eventually caught up with Patch but his debut in town was a bit rocky. Because his mom was Ava, the rest of the fam was cool toward Tripp. Then when he found out that Joey killed his mom, and everyone lied about it, he took his wrath out on everyone. Tripp went on a terror, terrorizing Kayla Brady (Mary Beth Evans). He was able to see that the family was on his side and finally understood that his mom was a very evil woman who hurt them all.

Eventually, he came around and when he left town it was to become a doctor.

The Bold And The Beautiful Spoilers: Steffy Tries Seducing Finn To Get Refill #3