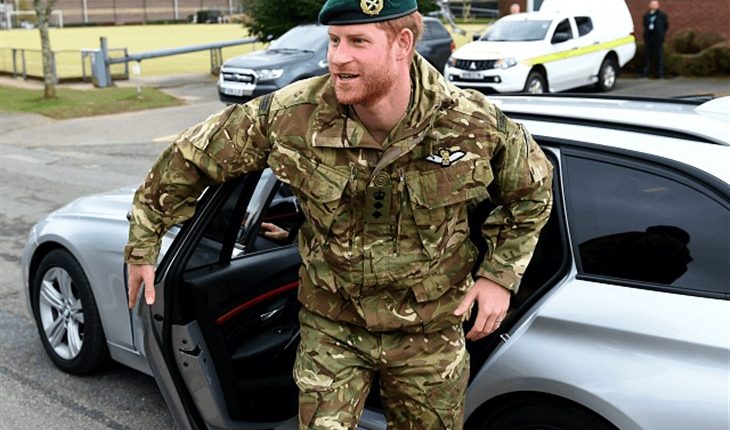 Many people within Great Britain and the Commonwealth nations appear to be angry with Prince Harry. First, there was the fact that he evidently chose to ditch the nation of his birth, distance himself from his own family, and withdraw his traditional place within the British monarchy. If that was all Prince Harry had one, for some it would have been enough. However, many feel that Prince Harry went above and much too far in following his American wife into the realm of politics.

As many know, it is traditional for British Royals to remain utterly non-partisan. From Queen Elizabeth on down the line, they don’t comment or participate in debates on political issues. However, all that changed once Prince Harry chose to step down from his Royal duties with The Firm.

After “Megxit,” everyone and their neighbor watched as the Duke and Duchess of Sussex became increasingly political in their public comments. Indeed, at just about every venue and speaking engagement, Prince Harry and Meghan have attended since the start of 2020, they’ve firmly placed their feet on one side of the political aisle.

For example, while speaking to members of the Queen’s Commonwealth Trust on such issues as social justice, equality, and privilege, Harry and Meghan both went on about how the “Commonwealth’s ‘uncomfortable’ history must be acknowledged to move forward.”

Specifically, Prince Harry said: “Harry said: “When you look across the Commonwealth, there is no way that we can move forward unless we acknowledge the past. So many people have done such an incredible job of acknowledging the past and trying to right those wrongs, but I think we all acknowledge there is so much more still to do. It’s not going to be easy and in some cases, it’s not going to be comfortable but it needs to be done, because guess what, everybody benefits.”

Prince Charles Has Never Been Allergic To Hard Workhttps://t.co/HIMoGjoVqm

Of course, many Britons found Harry’s to be fighting words. Indeed, everyone from news and radio personalities to army veterans found Harry’s words to be insulting in the extreme. As former Royal Irish Regiment Sergeant Trevor Coult expressed angrily during an interview with the British press: “His comments (Harry’s) are disgusting and I for one am pleased he has left the UK. He’s turned into a complete idiot. A lot of soldiers in the British Army are from the Commonwealth too. They fought alongside Harry and he should remember that.”

Mr. Coult isn’t alone in his vicious criticism. Many Britons feel that Harry’s sudden “woke” behavior is a direct attack against the British monarchy, and in particular, Queen Elizabeth. Moreover, Mr. Coult continued noting that Harry seems to have become something of an attention hound. “He says he wants to be left alone to do his own thing but he’s constantly ¬doing Zoom calls. He can’t have it both ways …”

Indeed, on both sides of the pond, Prince Harry and Meghan Markle both are in the midst of a media firestorm where they’re castigated as hypocritical, pandering individuals obsessed with a need for attention.