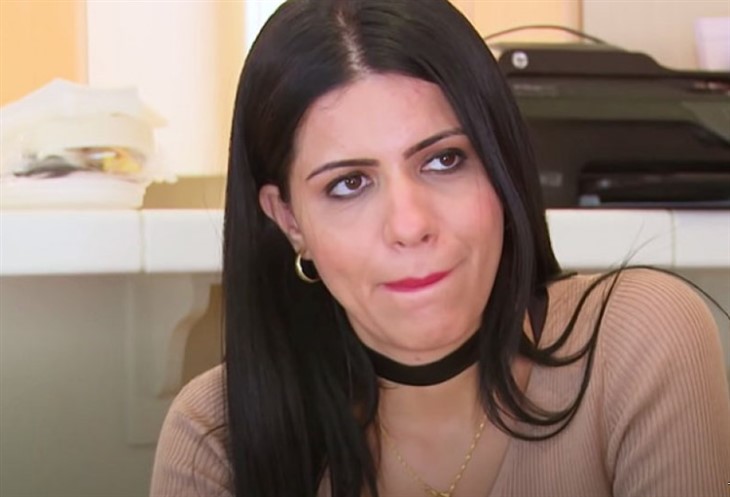 TLC 90 Day Fiancé alum Larissa dos Santos Lima has had quite the rollercoaster ride since arriving in the United States. Marriage, divorce, arrests, community service, plastic surgery and was even arrested by ICE in Las Vegas! She just got back together with Eric Nichols, so what are their plans for the future? The former TLC personality talked about the possibility of having a baby.

In September 2019, Larissa announced she and Eric were no longer together. The two were apart for nine weeks, but have since reconciled. On July 19, Larissa explained to her fans and followers why she reunited with her ex.

“The decision for both Eric and I to get back together was not decided in one dinner together. We talked about how we disappointed each other, and we forgave [each other]. The second step was admitting to one another that we still cared about. The third step was discussing what we wanted to do [differently] this time around, and to not repeat past mistakes.”

On Instagram, 90 Day Fiance fans have been asking Larissa questions. One of them was if she would have a child with Eric. (Larissa already has two children that still live in Brazil). The Happily Ever After season 5 star replied, “Maybe one.”

90 Day Fiancé Spoilers – Children Will Never Be On Reality-TV

Larissa has stated that her children will never be on reality TV. The television personality has seen just how crazy life can get, both on-screen and off-screen. So, it’s perfectly understandable why she wouldn’t want her children to go through the same thing. That way, the kids can be, well, kids.

However, since Larissa is no longer part of the 90 Day Fiance franchise, that won’t be a concern. Unless she manages to get another reality show in the future, of course.

Larissa has had one wild ride since arriving in America. She came to marry Colt Johnson, but that quickly fizzled out. The two were constantly fighting and then Larissa had to deal with her live-in mother-in-law, Debbie Johnson. The police were called on more than one occasion and Larissa ended up behind bars.

We saw on TLC her finishing up her community service and navigating a new romance with Eric Plus, there was all the plastic surgery, some of which we saw on 90 Day Fiance: Happily Ever After. Then, fans got a bombshell when it was reported that Larissa was arrested by ICE. However, she was later released.

If Eric Nichols and Larissa dos Santos Lima decide to have a child, let’s hope that he or she gets to grow up in a somewhat calm environment.

Be sure to catch up on everything happening with Larissa dos Santos Lima right now. Come back here often for 90 Day Fiance spoilers, news, and updates.