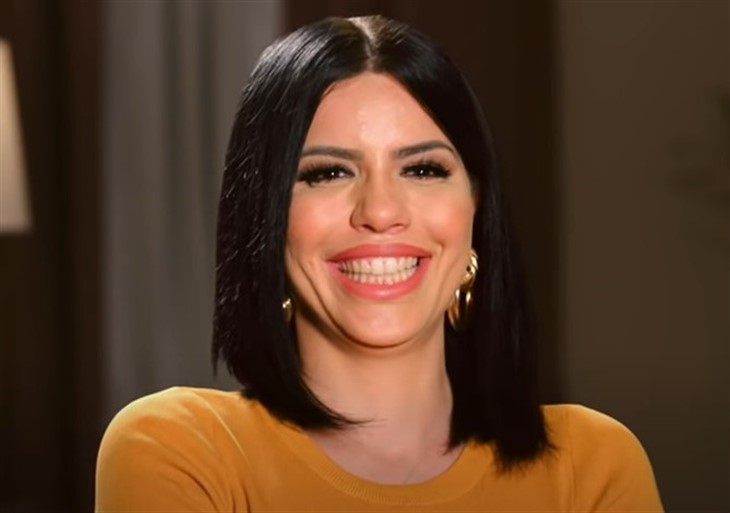 TLC’s “90 Day Fiancé-Happily Ever After” former star Larissa Dos Santos Lima says she’s just fine without TLC and the show – she’s not having any difficulties at all saying goodbye to that part of her life!

Larissa was fired because of an appearance on an adult website called “CamSoda” where she was able to earn around $100,000 before any taxes or fees. TLC didn’t like that. Larissa was one of the most popular stars of the “90 Day Fiancé” franchise, as well as one of the most controversial! Her marriage and divorce from Colt Johnson – or shall we say, from Colt and Debbie Johnson – brought the drama time after time and week after week!

Who can forget Larissa and her comments about “the queen?!” After her divorce became final, she dealt with the danger of being deported because Colt cut off her green card application right away, and she had to start all over again. Plus she had to complete community service because he filed charges against her for spousal abuse! Say what?!

Well, as people saw in the episode where the much smaller Jess Caroline threw her spike heels at him, Colt apparently doesn’t know how to defend himself against a smaller, weaker woman, or maybe he just doesn’t want to. He could have at least thrown a pillow in defense at Jess! Larissa has also racked up hefty plastic surgery charges in her quest to look like the “Latina Kardashian”, borrowing much of it from either her father or her life in love Eric Nichols!

Larissa confirmed her firing on Instagram and says she no longer needs TLC. She confirmed that the reason for her being terminated was her CamSoda deal. TLC, on the other hand, has remained in a no comment loop as far as their confirmation of Larissa’s dismissal. It doesn’t bother Larissa – she thinks TLC is old fashioned, and that it really boiled down to TLC not liking her making more money elsewhere than what they were willing to pay her! 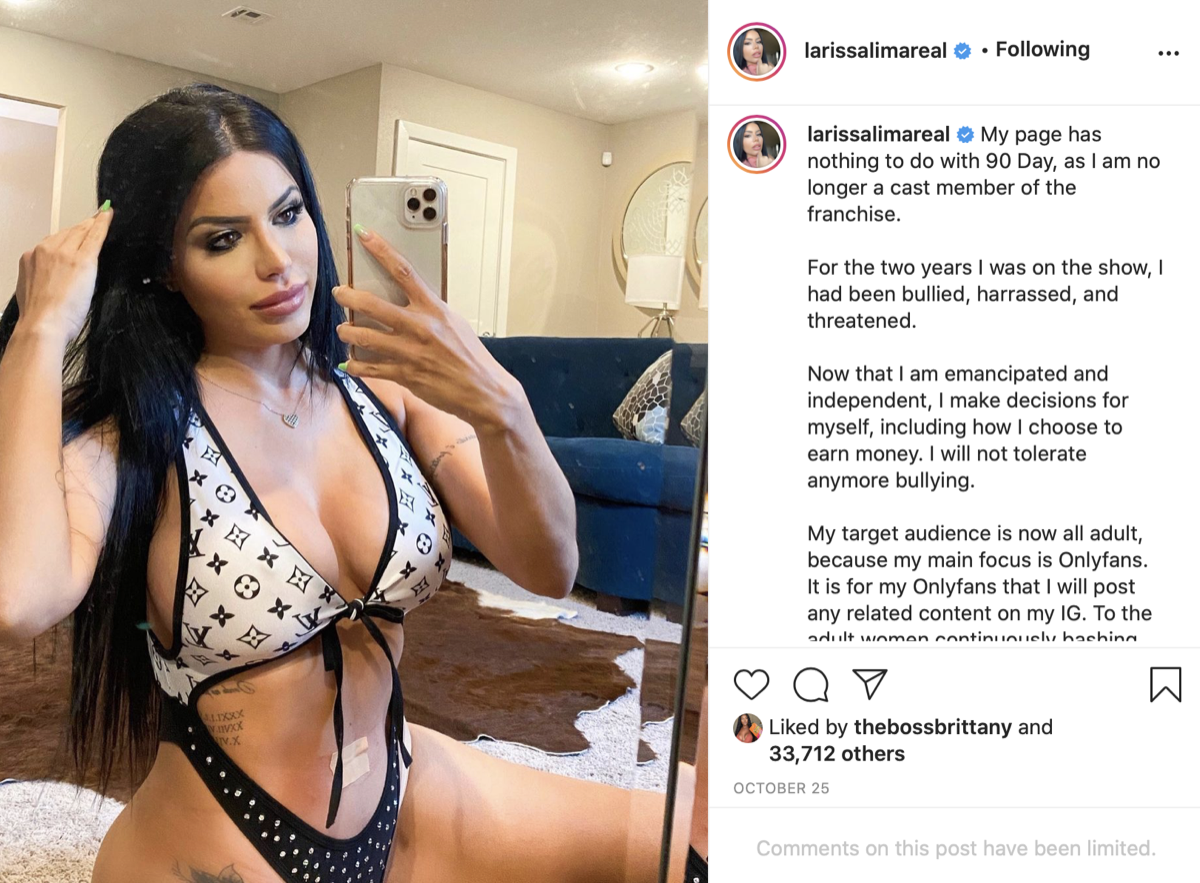 She complained that the network wanted to retain all rights to whatever they filmed and aired, and more than likely any residuals (like royalties) from repeat showings of the episodes. She also said she makes more now than what TLC was paying her in a whole year! She told blogger John Yates that she was getting tired of doing the show anyway, that they expected her to film several hours but yet only showed a couple of minutes of what she’d filmed. She was ready and happy for a new start, and to move on from being associated with Colt Johnson as well. She did receive a lot of flak, however.

Fans who got to know her on the “90 Day Fiancé” show criticized her for deciding to make money through OnlyFans, CamSoda, and similar services. Larissa says she feels emancipated and independent now and is free to make financial decisions for herself. She also will not tolerate any more bullying, and will only post OnlyFans content on her Instagram account going forward.

Stay tuned to TLC’s “90 Day Fiancé-Happily Ever After” and check here for all the latest gossip and news on your fave shows, spinoffs, stars, and even former stars!

The Bold And The Beautiful Spoilers: Liam Makes It His Mission To Keep Thomas Away From Hope