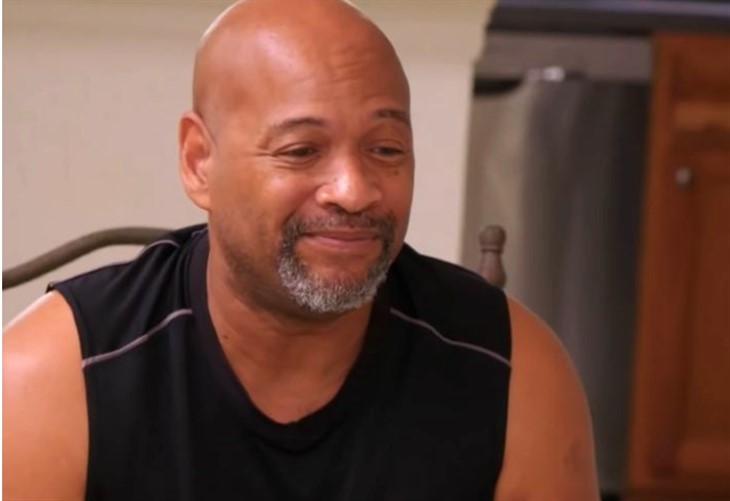 As viewers of 90 Day Fiancé-The Other Way might recall, Greg Banks is Brittany Banks’ father. Brittany and her 90 Day Fiancé, Yazan Abu Hurira were one of the most controversial couples of the show because of all the drama they provided! Brittany, an aspiring rapper who likes to show her body and especially her booty was an absolute mismatch to Yazan, a conservative orthodox Jordanian Muslim!

It may be true that opposites attract, but this connection was downright explosive! Most of the couples of 90 Day Fiancé post about each other and in some cases themselves on social media, but now Daddy Banks has chimed in with his two cents about Brittany and Yazan’s relationship, and they are shocking! Greg, who was also on the show as Brittany’s father usually just smiles in spite of what his opinion is. Greg personifies the saying “if you don’t have anything nice to say, don’t say anything at all!” Now that the show is on hiatus, Greg let the floodgates open and let loose!

Greg posted a scathing rant recently, directed at Yazan. In it, he wrote Yazan owes his family over $7000 and yet Yazan says Brittany used him. Greg then writes that Yazan asked her to lie about him not knowing Brittany’s divorce had not yet become final to protect himself from his grandfather. Greg then accuses Yazan of saying that in order to paint Brittany as a liar. Greg accuses Yazan of trying to get to America ever since he met the Banks family and accuses Yazan of being a liar.

Greg clarifies to Yazan that he paid for all of Brittany’s flights over to Jordan because he had promised to pay and then spent all the money drinking and partying with his BOYFRIEND Muhammad. Note here that to an orthodox Muslim, an accusation of homosexuality is the bottom of the barrel of insults, and in fact if Yazan’s relatives took their friendship that way, it could bring Sharia law (death by honor killing) down on him! Greg then comments how Yazan had promised to pay him back the money and never has. Greg then sarcastically comments that he finds it comical how Yazan has nothing good to say about Brittany and that she never said a word when he was cheating on her constantly.

Greg goes on to tell Yazan that she never said a word even when Yazan stole money from her! Greg accuses Yazan of being violent towards Brittany and says she protected him and even protects him now! Greg then comments he doesn’t owe Yazan any loyalty and he doesn’t deserve and loyalty from Brittany! Greg concludes his online rant with telling Yazan he is a useless man and have been one ever since, and that is why in the end, he didn’t approve of him!

Greg certainly said a mouthful about what he thinks of Yazan in that statement. It was in an Instagram story that has since expired. This followed a recent livestream by Yazan that Greg had apparently watched. Greg makes no bones about being fed up with Yazan! He has decided to go to bat for his daughter, which is something a good father would do, and give his side of the story! But that doesn’t come close to some of the things Brittany has posted about Yazan since the last season of 90 Day Fiancé-The Other Way was filmed, and Brittany has more evidence, obviously! It has not yet been confirmed but it sure seems that Yazan and Brittany are no longer a couple. Viewers will have to watch and wait to find out for sure!

Days Of Our Lives Spoilers: Gwen Plots, Gets On The Naughty List As She Maneuvers Chad Under The Mistletoe